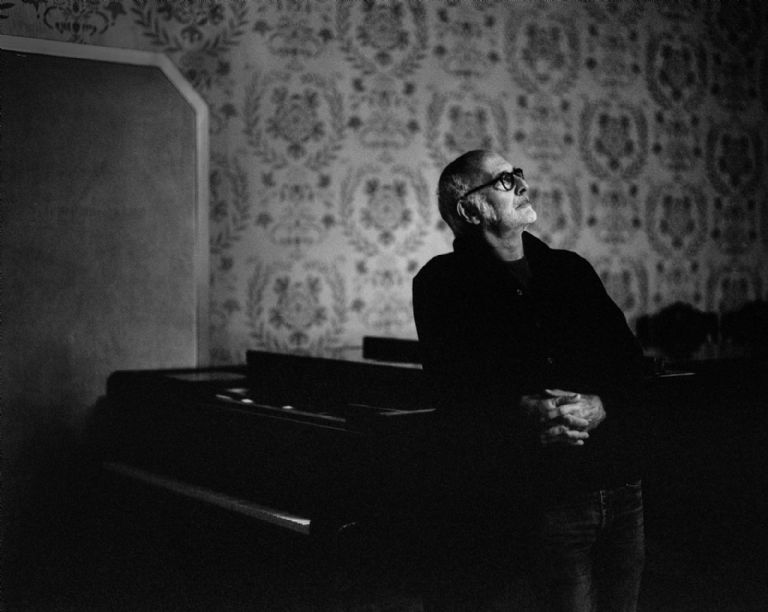 The new record work comes after a really exciting year for Ludovico Einaudi: the films ‘Nomadland’ and ‘The father’, have been awarded at the highest level in prizes as important as the Oscars, the Baftas or the Golden Globes.

In the artist’s words, “the music on this album came naturally, more than ever. I felt a sense of freedom in letting go and letting the music flow differently. The title ‘Underwater’ is a metaphor, it is an expression of a very fluid dimension, without outside interference”.

In addition, he released the compilation album ‘Cinema’ that includes many of his film and television compositions, and also a podcast miniseries called ‘Experience: The Ludovico Einaudi Story’, which features the participation of famous filmmakers and performers such as Russel Crowe ( ‘Gladiator’), Chloe Zhao (director of ‘Nomadland’), the award-winning Florian for ‘The Father’, Shane Meadows (‘This is England’) or Eric Toledano (‘The untouchables’).

With roots in minimalism and modern composition, the planetary piano star has become a worldwide musical reference, breaking records throughout his successful career. 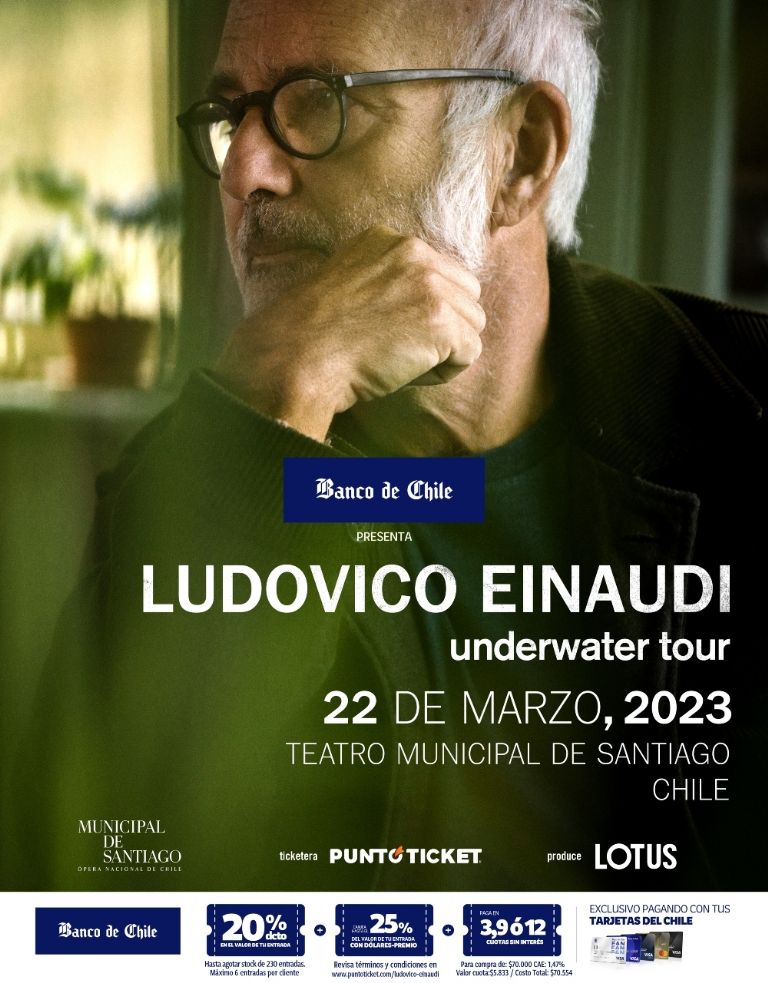 On the presentation tour “Underwater Tour”, he will be accompanied on stage by an exquisite trio of musicians: Federico Mecozzi (violin), Redi Hasa (violoncello), Francesco Arcuri (electronics and percussion). It will certainly be a night to remember with Ludovico Einaudi, iconic musician at the top of the composition world.

How when and where to buy tickets for the Ludovico Enaudi show?

Exclusive Presale for Banco de Chile Clients from January 19 at noon. General sale from January 23 at noon at Punto Ticket.