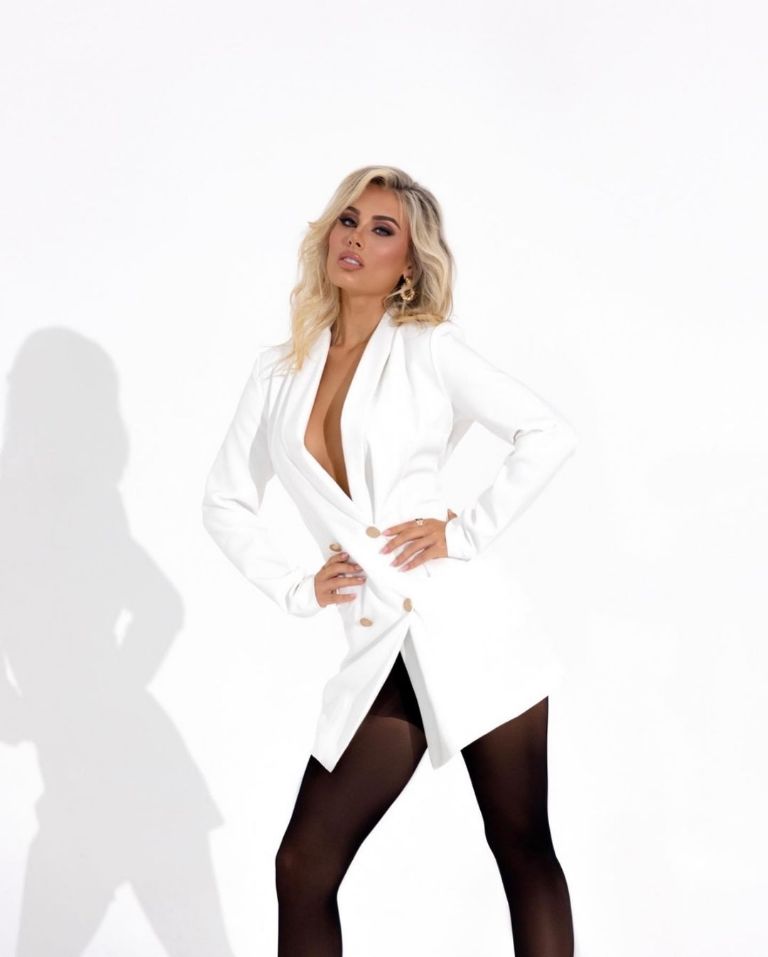 Since ever, Luis Miguel He has been an eternal gallant. Although he never had a stable partner for decades, he has known several loves, all beautiful women. From the mother of his youngest children, Aracely Arámbula, to celebrities like Mariah Carey or the Mexican actress Lucía Mendez.

One of his last couples was one of the dancers in his show, Mollie Gould. The American beauty has more than 80,000 followers on her Instagram account, where she shares the photo shoots she does, her gymnastics looks, and also the catwalk modeling she does.

In the last hours, Molly posted a couple of photos where she is seen wearing black stockings, a white blazer with gold buttons and nothing underneath, which caught everyone’s attention. “Great things never came from comfort zones” wrote the model in the post of the camera network.

It exceeded 400 likes and 20 comments. “Kelindos lips you have”, “I loved this look! You killed him!” and “Very true” were the messages of some of the fans of the ex of Luis Miguel. For its part, the singer’s family has recently been in the news for the discovery of remains, possibly Marcela Basteri.

They were found in a mass grave in Spain, which is why they have been asked to Luis Miguel and his family to get a DNA. Marcela Basteri has been missing since 1986. As is customary, the family has currently handled the matter with complete secrecy and has avoided giving information to the press.