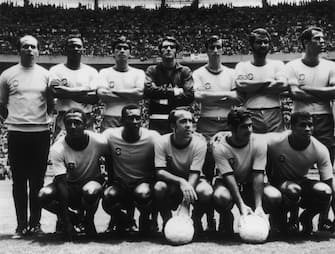 Even if the polls reward Lula, who would have a gap of between 11 and 17 points, the world of football, in contrast to the trend, is largely sided with Bolsonaro. Gone are the days when the Seleção it was inspired by the values ​​of social progress and equality. In today’s Brazilian football, there aren’t that many left-wing revolutionaries anymore Sócratesthe player who loved Gramsci and who came to Italy to play for Fiorentina but above all to study the history of the workers’ movement.

Brazil, the fiery challenge for the presidency between Lula and Bolsonaro

Two days from the vote, NeymarParis Saint-Germain striker, made headlines by posting a Tik Tok in which the jingle of the Bolsonaro countryside dances and sings. The endorsement came in the aftermath of the President’s visit to his institution that cares for children in need in the city of Santos.

From Rio to Sao Paulo, protests against Bolsonaro

Paulinhowing of the Bayer Leverkusen, is of a completely different opinion. In a tweet, she publicly stated that she will vote for Lula. Among the many comments to her twittering, that of Reinier Jesus, Girona midfielder on loan from Real Madrid, who responded with a disgusted emoticon. The back and forth continued. Paulinho replied: “I get upset when I see players or former right-wing players. We come from below, we grew up with the people ”.

Felipe Melo, player of the Fluminense, is the staunchest supporter of Bolsonaro. Already in 2018 his utterances of him left no shadow of doubt, but on the occasion of this latest campaign he surpassed himself, posting a video in support of Bolsonaro in which he involved four generations of Melo: the son, the parents and the grandmother. Why vote for it? For Felipe Melo there are no doubts: “Bolsonaro represents God, Country, Family and Freedom”, A formula that the player often repeats.

Lucas MouraTottenham star, said Bolsonaro is not his ideal candidate but that he will vote for him because he is closer to his conservative ideas. They all have one thing in common besides football, religion. Both are evangelicals. The Evangelical Church is an important constituency for Bolsonaro, although pollsters have questioned this assumption in recent weeks. However, the closeness between the outgoing President and the Igreja is well known.

In favor of Lula, several players from the old guard are lined up like Juninho Pernambucano, who played for Olympique Lyonnais in Europe. Juninho actively participates in the campaign. He is one of Lula’s “cabos eleitorais” and therefore holds a role of responsibility and coordination.

Cafu and Kaka also support Bolsonaro. For the first Bolsonaro is a “myth”, as he wrote on Instagram by posting a photo in the company of the President during the opening match of the America’s Cup in 2019. As for Kaka, there has never been a public endorsement but his Bolsonarist sympathies have already been talked about since 2018, despite the its discretion.

Raíidol of the São Paulo, he invited to defend democracy and vote for Lula in an open letter in which he addressed in particular to athletes. “Commit yourself to what you truly believe,” he wrote inviting people to take a stand against Bolsonaro. Raí is the brother of the aforementioned Sócrates, founder of the Democracia Corinthiana, which takes its name from the Corinthians Paulista Sport Club. It was the most important ideological movement born in the sense of football, joined by players like Casagrande, Wladimir, Zenon.