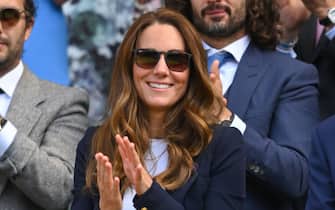 When we talk about Luxottica, an Italian company founded by Leonardo Del Vecchio and global excellence for the production and distribution of eyewear, we cannot fail to mention Ray-Ban, an iconic brand worn by crowned heads and celebrities from the world of entertainment and not. alone. The history and the massive use of Ray-Ban sunglasses, of which there are very famous models, such as the “Aviator”, the “Wayfarer”, the “Predator”, have given birth to real myths that are part of pop culture

WATCH THE VIDEO: Dolce & Gabbana, David Gandy and J.Lo in the new campaign

Ultra recognizable by the wraparound design and the lenses, often mirrored, which increase sports performance, the sunglasses Oakley they have also become a must for fashion enthusiasts who also wear them in contrast with their outfits. The Californian brand deals with clothing and accessories for all-round sports

Chiara Ferragni, the event to present her eyewear collection

As the name suggests, the same of the prestigious fashion magazine, Vogue Eyewear has offered since its inception, in the seventies, proposals for glamorous sunglasses and eyeglasses, linked to the trends of the moment

Leonardo Del Vecchio, from the orphanage and the Brera Academy in Luxottica. PHOTO HISTORY

With a retro design and loved by the stars, Oliver Peoples is a brand of sunglasses and eyeglasses that is very popular among Hollywood stars

Born in Florida with the vocation of being suitable for all activities that have to do with the sea, from fishing to sailing, sunglasses Costa del Mar recently they also have a line produced with recycled materials including fishing nets. The brand has been in the Luxottica group since 2019

60 props that have become icons of cinema history. PHOTO

Valentino Eyewear is one of the brands with which Luxottica has signed a licensing agreement for the design, production and worldwide distribution of sunglasses and prescription eyewear collections. Here is a model with the classic Roman Stud decoration typical of the Maison

Even sunglasses and eyeglasses Versace are the result of a licensing agreement between the fashion house with Medusa and Luxottica. This is one of the photos from the recent Versace Eyewear advertising campaign starring actor Cole Sprouse

Both the glasses Prada Eyewear than those Miu Miu Eyewear they are produced and distributed in all five continents by the Luxottica group. In the photo, a Prada model worn by actor Jeff Goldblum, guest of the Milanese men’s fashion show of the 2023 summer season

Also Chanel is another prestigious brand on the list of fashion houses that have licensed Luxottica to produce and distribute their sunglasses and prescription models. Here is Lily-Rose Depp in a campaign image of the French brand