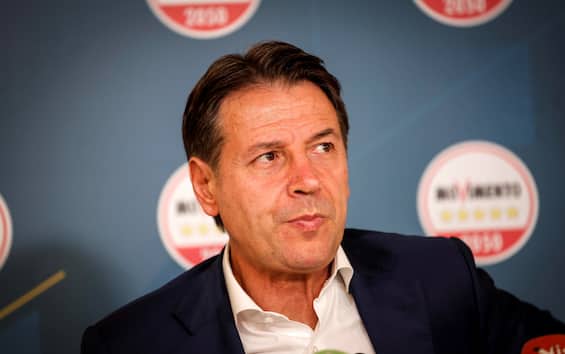 The Movement wants to keep about two thirds of the severance pay, equal to around 30 thousand euros, which belongs to former deputies and senators who are no longer members of the Movement. The reply of the exiles: “The M5S we joined in 2018 no longer exists. Today’s is Conte’s party, why should we return the money?”

It is a clash within the 5-star Movement, this time economic. In fact, the M5s wants to keep about two thirds of the severance pay, equal to around 30 thousand euros, which is due to former deputies and senators who are no longer members of the Movement. One of the hot spots of the new regulation that Giuseppe Conte and the summit of the enthusiast are putting on paper is pointing the finger (without quoting him directly) at Luigi Di Maio and the parliamentarians who chose to follow the former foreign minister by leaving the Movement. Meanwhile, the splinters, led by the former deputy group leader in the Senate Vincenzo Presutto, reply: “The M5S we joined in 2018 no longer exists. Today’s is Conte’s party, a totally different and juridically distinct entity from the current one: so why Should we give Conte this money back?”

Sources close to Di Maio specify that to date the former minister has not received any sum relating to his severance pay, and that when it is sent to him he will decide how to help the community. To understand if in the end it will end up in a dispute in court as has already happened on other fronts in the history of the Movement. What is certain is that the pentastellato leader does not seem willing to change his mind. In the draft of the text, when it comes to economic treatment, the aim is to make a clear distinction between those who have remained members of the Movement and those who have not. In particular, on the severance pay, it is expected that those who are still registered will return 20% of the total sum to the party, which on average is around 45,000 euros gross. A case that would concern exponents who have not been elected but remain in the Movement, such as Roberto Fico and Paola Taverna. On the other hand, those who are no longer part of the M5s will be able – according to the new rules – to keep a maximum of 15 thousand euros for themselves (as was also the case in the 2021 regulation).

Hypothetical indemnity of up to 25% for those who hold office

The regulation does not provide for recovery actions for those who do not pay because, M5s sources underline, for that it is possible to refer to the laws in force. However, the more general objective is to allocate the money that is returned by individual parliamentarians for social purposes: each M5 member will have to pay 2,500, of which a part (500 euros) for non-profit organizations and similar projects, the other 2,000 euros will go to the coffers of the party. Among the novelties of the new regulation there could be the hypothesis for those who hold positions (for example group leaders of commissions, or classroom secretaries) to receive an indemnity of up to 25% more than the basic one.