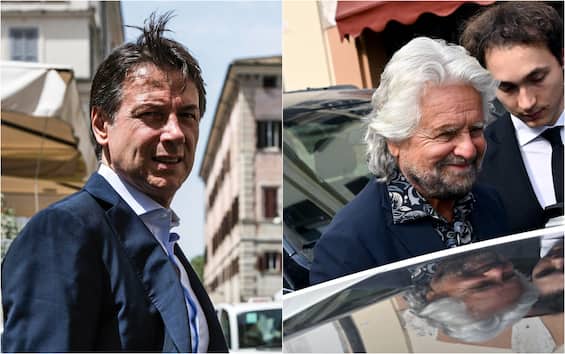 The guarantor of the Movement arrived in the capital and met the former Prime Minister, today at the helm of the 5 Stars. The summit took place a few days after the ex-political leader’s tear, which he left along with about sixty parliamentarians

After the tear of Luigi Di Maio, who left the Movement, Giuseppe Conte and Beppe Grillo met in Rome. The supervisor received the president of the M5s in the hotel where he usually stays in the capital. Also present was Domenico De Masi, the sociologist who joined the pentastellata training school. The former premier, after a summit that lasted over two hours, then left the building without making any statements.

Grillo jokes about the two mandates: “With the tie …”

The guarantor of the 5 Star Movement left the hotel shortly after Conte, headed to the Chamber to also meet the five star parliamentarians who are members of the commissions. On leaving he exchanged a joke with the reporters: to those who asked him if exceptions to the limit of the two terms will be granted Grillo, who wore a blue jacket over a floral shirt, replied smiling: “With a tie …”.

Less than a week after the split of Luigi Di Maio, who left the 5 Stars along with about sixty parliamentarians, the Movement is called upon to decide whether or not to start voting for members on the double mandate. Yesterday – according to Ansa reports – the indiscretion that there was an opening of the pentastellato guarantor on the issue of exceptions was circulated, but sources of the M5s leaders denied that during the National Council there was talk of the issue of the constraint of the second mandate and of any exceptions.