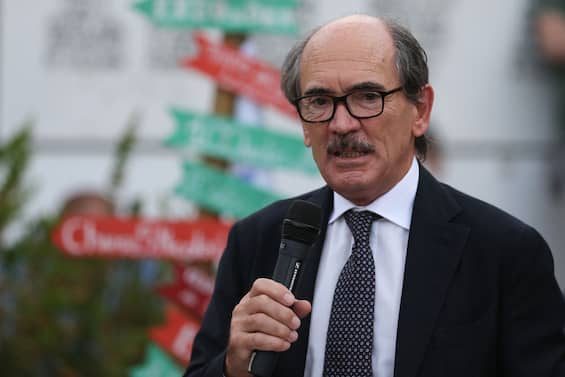 Interviewed by La Repubblica, the former national anti-mafia prosecutor among the 15 names in the Conte list explains that in this election campaign we are not talking about “organized crime and mafia capital”. A theme, according to the former magistrate, “not negligible on the part of politics, especially now with the arrival of funds from the NRP and with the ‘war’ emergency”

Among the candidates for the 5-star Movement in the elections on 25 September – in particular among the 15 names in Giuseppe Conte’s list – there is also that of Federico Cafiero de Raho, former national anti-mafia prosecutor. Seventy years old, always on the front line against organized crime, he will probably be one of the 5-star candidates in the Senate in Campania and Calabria. And one of his goals is to fight the mafias. The former magistrate, interviewed by La Repubblica, explained that the main reason for his candidacy is that in this election campaign we are not talking about “organized crime and mafia capital”. “Especially now with the arrival of PNRR funds and with the emergency ‘war’ I consider it a non-negligible issue on the part of politics”, added de Raho, explaining that “as a member of civil society” he will be able to “continue to work for the country to beat crime and corruption “.

” As a national prosecutor, I participated in several parliamentary hearings – says De Raho, explaining how his candidacy was born – I was able to report critical issues in legislative proposals and make suggestions. All this and my specialization in the fight against the mafia, led to a proposal for a candidacy. I accepted with a spirit of service, because after 40 years of activity in the judiciary I hope to give my contribution to the institutions again. The Net said yes. And now I am waiting to know where I will be nominated ”. On the hypothesis of joining the 5 Star Movement he replies: ” I consider myself an independent and so I will remain. I would like my candidacy to be understood as a voice of civil society. ” On the 5-star Movement he explains: “ First of all I am pleased that they consider the fight against corruption, illegality and crime a priority. And then the question of poverty: not from today, but to each of my public interventions in conferences or seminars, I have always drawn attention to the least, to those who cannot make it, whether they are unemployed or a worker who still earns too little. . Politics must take care of them. We must defend the healthy economy from mafia infiltrations, but we must also defend and develop jobs ”.