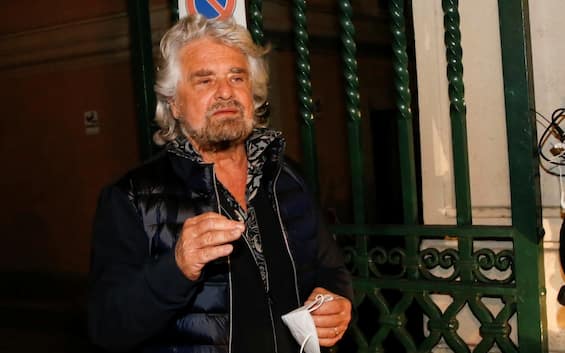 The guarantor of the Movement stays in Rome for the third consecutive day and continues his meetings with the parliamentarians. To journalists who ask if Draghi really asked to send Conte away, Grillo replies: “These are just stories”

Also this morning Beppe Grillo arrived in the Senate to continue his meetings with the parliamentarians of the Movement. The guarantor is in Rome for the third consecutive day, which hasn’t happened for a long time. As reported by the AdnKronos news agency, Grillo has averted the hypothesis that the M5s could leave the government. With Draghi the Movement has made a commitment, and that commitment keeps it: these are the words that Grillo would have pronounced during the meetings in Montecitorio. However, it is an executive, as underlined by the guarantor, who “must listen to us more”. In fact, even the parliamentarians have put on the table the need to carry on the battles of the Movement such as that of the ecological transition which translates into the confirmation of the 110% superbonus, even at the cost of reaching an agreement with which to make a coupon to measure.

Sociologist Domenico De Masi in an interview revealed that Prime Minister Mario Draghi would have asked Beppe Grillo to remove Giuseppe Conte from the presidency of the Movement. This morning, to the reporters who were waiting outside the Forum hotel, the guarantor replied that it is “just stories”. In the meetings with parliamentarians in recent days, the topic of the recent split of the M5s by Luigi Di Maio was also addressed. As reported by AdnKronos, Grillo evoked the betrayal suffered by Jesus referring to those who abandon the Movement: “Judas also betrayed Jesus – he said – but then Jesus rose and became Jesus, while Judas made the figure he made . Here, here we are grappling with Judas sold for 30 bitcoins “.