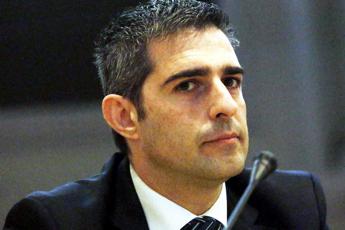 The former grillino and mayor of Parma: “mistake to demonize public funding, it will backfire. Conte? In difficulty”

“That the 5 Star Movement had become a party, well … this was already evident before this vote. Now only the third term is missing”. Federico Pizzarotti, who left the M5S in 2016, was one of the faces of early grillism. Speaking with Adnkronos, the mayor of Parma comments with detachment on the vote with which the pentastellata base said yes to funding through 2×1000. “On the one hand – observes Pizzarotti – the question was wrong, it contained an error. On the other I say that, without giving justifications or apologizing for the attitude they had in the past, the 5 Stars wanted to face a situation of reality: to do business politics need resources, it’s simple. Also because of the M5S in Italy populisms have been pursued that have distorted the system “. Has the Movement officially become a party with yesterday’s vote? “They were already so before. Now they certify their transformation, only the theme of the third term is missing. They will probably solve this knot before the next elections and thus will have upset all the initial principles”.

How do you judge Beppe Grillo’s silence on 2×1000? “Grillo – replies Pizzarotti – certainly did not agree, so they must have asked him not to rage, at least. The early slogans only served to make himself seen as different from the others. To carry out activities in the area, events, congresses, resources are needed. Maybe not. Berlusconi’s millions but resources nonetheless. It was a mistake to demonize party financing, now everything they said in the past backfires. Either stay true to yourself or it becomes difficult to justify the change of course “.

The latest turning point, according to Pizzarotti, is added to the Movement’s “infinite list of errors”. A list in which the mayor of Parma also includes the Basic income: “A measure that already existed as an inclusion income. They only increased the figure and complicated a system that proved to be unsuccessful. The navigators to date are the only ones hired in the citizenship income project”. What is the Giuseppe Conte Movement today and what will it become? “The real question is: what will be the next disappointment? It is clear that there is excitement in Rome for the new movement / party of Alessandro Di Battista. Conte – Pizzarotti remarks – has taken on this commitment after his experience as premier, but being party leader is a very different thing: today he is in difficulty, he has not yet relaunched an ideal, a project. It is the inertia of something that is no longer but at the same time is not yet. Di Maio, we need to understand what the Foreign Minister will do “.