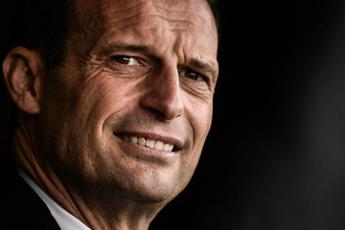 The Juventus coach: “The two victories against Bologna and Maccabi had deceived everyone a bit”

“There is the possibility of playing another game, there is the opportunity to get back on your feet immediately. The two victories against Bologna and Maccabi had fooled everyone: it was a mistake, we must not delude ourselves”. Massimiliano Allegri, Juventus coach, expresses himself in this way on the eve of the Champions League match scheduled for tomorrow at Maccabi Haifa. The bianconeri, returning from the defeat in the league against Milan, must win to pursue the complicated qualification for the round of 16. “This is a path that must be followed day after day by always questioning, working with passion and having the desire to reach the goals. By creating conditions, then if there are stronger teams we will see it in the end. But on the pitch we don’t have to do any more. error as happened repeatedly in various games at the beginning of the championship “, says Allegri.


“You have to go out on the pitch and do your best from all points of view, you have to work every day, grow and return to the levels that Juventus compete. You need heart and passion, the basic things to play a football match. Then it happens that there are some mistakes. I understand that from the outside it may seem easy to change players, the cycles end and after three months you win, but that’s not the case. We put all the love and passion to bring Juventus back to the places that they compete with it. To achieve the objectives you need to do much more, regain the general self-esteem that was there before “.