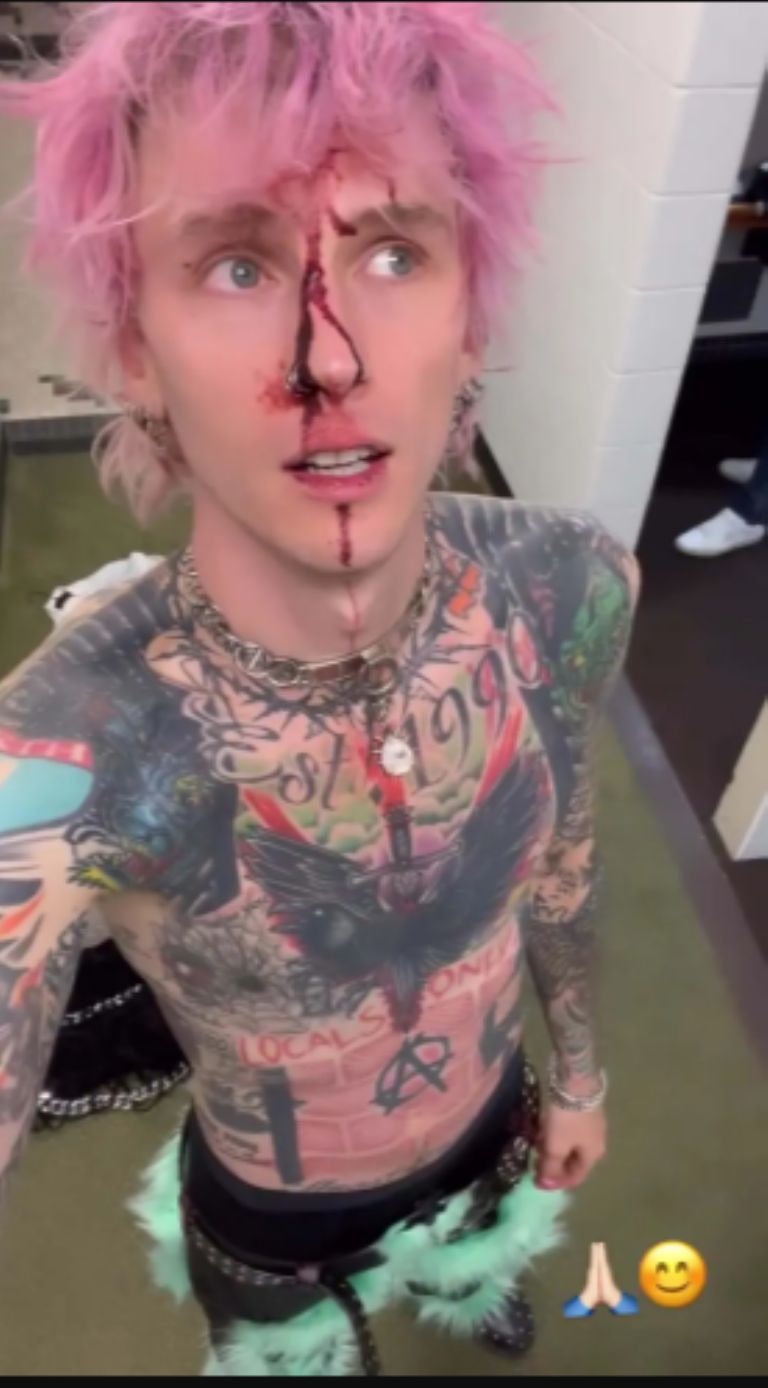 the rapper Machine Gun Kelly put on an amazing performance in his hometown of cleveland, OhioSaturday.

The 32-year-old rapper not only zip-lined across the stadium, but also suffered another bloody face injury after breaking a wine glass on his head.

MGK He posted a video of the wild performance on his Instagram account, starting with the epic moment when he flew through FirstEnergy Stadium, with the caption: ‘until I die’.

“Cleveland fit, Cleveland hat, wherever I go is where Cleveland is, so when the world ends I think you’ll know where I’ll be, bitch where I come from”, sang just before ziplining. over the crowd.

A fan captured the moment MGK shattered glass in his face as the concert continued and said: “Stop the concert right now, we’ll be fined $70,000 for every ten minutes we continue.”

‘You know what I say to that? We’re not stopping this concert for shit. I’m a rich bitch!’ MGK said. 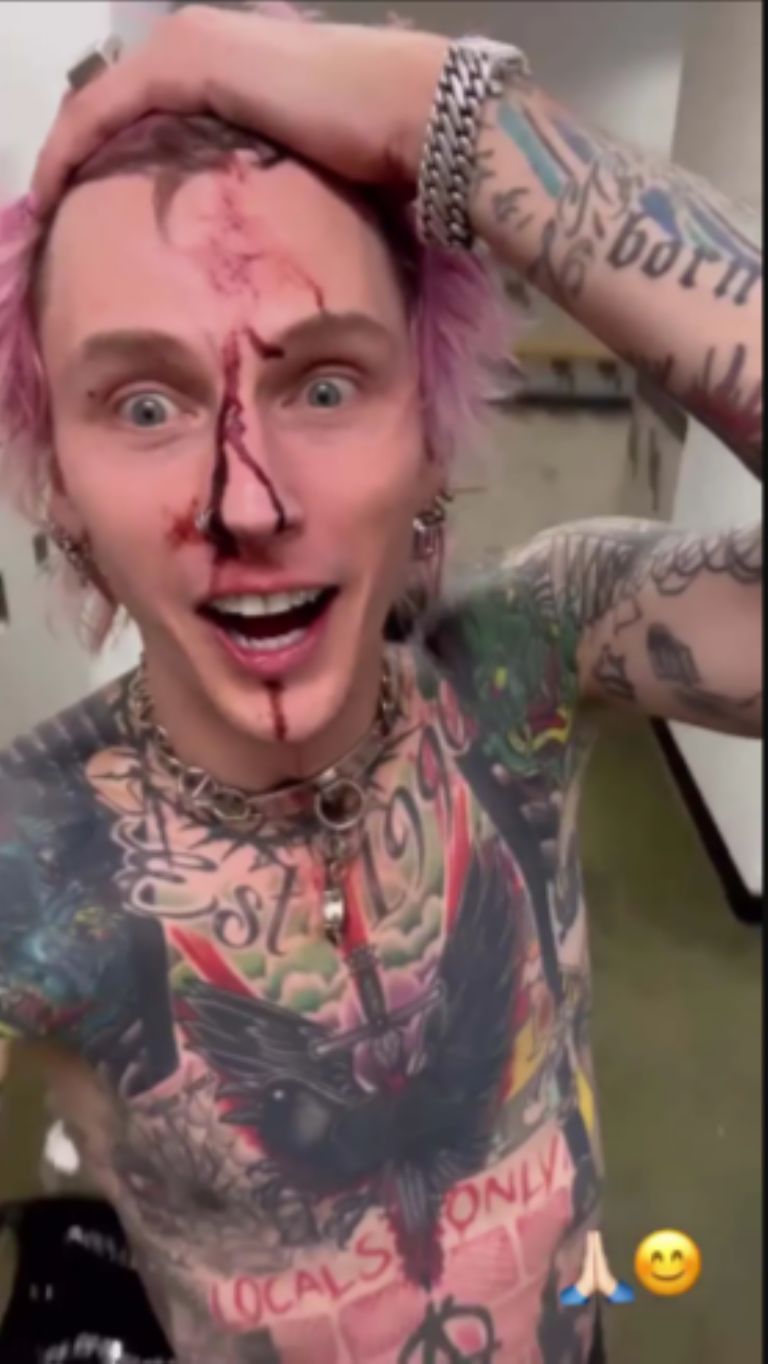 On Monday, the rocker shared videos of his face dripping with blood after breaking a glass of wine on his head during his final tour stop. “Mainstream Sellout” during the weekend.