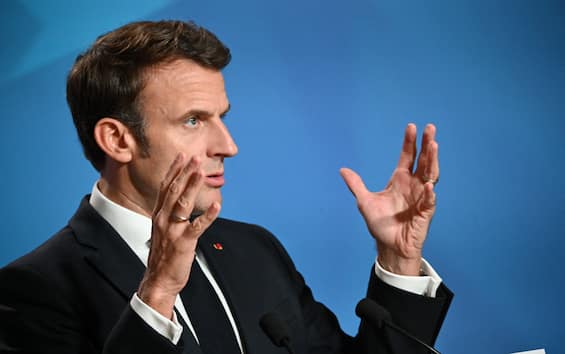 As reported by the French newspaper “Le Parisien”, President Emmanuel Macron is under investigation, as part of a judicial investigation, on charges of “favoritism” and “illicit financing of the 2017 electoral campaign” by the financial prosecutor national (PNF). The investigations, according to what has emerged, concern the links between the French premier himself and the consultancy firm McKinsey.

The investigation by the national financial prosecutor

In particular, the national financial prosecutor has instructed three investigating judges to clarify the conditions in which some public contracts for “colossal amounts” were awarded to the American company McKinsey.

The newspaper “Le Parisien”, going into detail, talks about suspected illicit financing in the presidential campaigns that led Macron to the Elysée in 2017 and 2022 and also refers to the awarding of some public contracts. In a note released by the PNF itself, which however never mentions Macron’s name, the opening of two judicial files is announced at the end of October concerning respectively “the conditions of intervention of consultancy offices in the French electoral campaigns of 2017 and 2022 ” and related suspicions of “favoritism”. The note was released by the offices of the public prosecutor, Jean-François Bohnert.

Specifically, during the 2022 presidential campaign, criticism against the French president had amplified, especially with respect to the contracts concluded in the last five years between the state and private consultancy firms, including the American McKinsey. On 17 March, in this sense, the Senate admitted that the State orders for this type of private consultancy had “more than doubled”, in the period between 2018 and 2021, reaching the considerable figure of over one billion euros in 2021.

Justice must investigate “in full independence”. This, for the moment, is the reply from the Elysée and Macron’s entourage, after the revelations of the newspaper “Le Parisien”. In any case, as “Le Figaro” recalls, the prime minister enjoys total and absolute immunity connected with his state and cannot be heard in any procedure for the entire duration of his mandate.