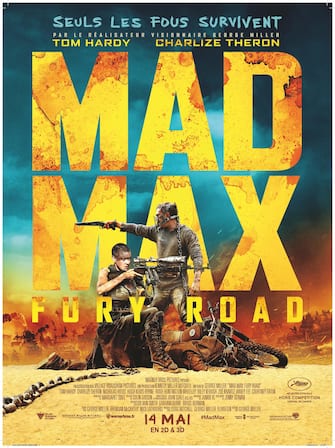 Mad Max: Fury Road is an extraordinarily successful film, highly appreciated by audiences, critics and the Academy, which awarded it with 6 Oscars out of 10 nominations. But its production was particularly troubled and had a complex and lengthy casting, as recounted by director George Miller and casting director Ronna Kress in the book. Blood, Sweat & Chrome: The Wild and True Story of Mad Max: Fury Roadwritten by Kyle Buchanan

WATCH THE VIDEO: Mad Max: Fury Road, the return of the road warrior

For the role of Max, in the end, it was Tom Hardy who won. According to Miller, the British actor has something in common with Mel Gibson, actor of the first trilogy: “They are really open and friendly, so much so that they feel like they can be their best friend. But, at the same time, they have something that they keep hidden, confidential, inaccessible. And you can feel it on the screen ”

At the top of Miller’s list for the lead role, however, was another actor: Heath Ledger. “Every time he passed by Sydney, we met and, chatting, we always ended up talking about Mad Max. – said the director – Losing him was really a pity, not for Mad Maxbut because he was an exceptional person ”

Mad Max, date and location of the prequel shooting

Among the profiles evaluated, also that of Eminem. The rapper had just returned from the success of 8 Mile and Miller and Kress had asked colleague Brittany Murphy for references on him. “She unreservedly described him as a wonderful talent. We got in touch with him, but without going any further: we were going to shoot the film in Australia and he just didn’t want to leave his home. But I think, if we had filmed it in its parts, then it would have been ”

Other actors who could have played the role include Michael Fassbender

Armie Hammer was another of the names on Miller’s list

Charlize Theron, the video of when she shaved for Mad Max

As well as Jeremy Renner

Eric Bana was also on the same list. The actor shares his Australian nationality with the director. And the film was shot in Australia

Joel Kinnaman, at the time fresh from the success of the TV series T.he Killingis another actor who has come close to playing the role of Max Rockatansky

Charlize Theron was cast for the role of Furiosa, co-star and in some ways true protagonist of the film. The only one, among the rated actresses, who didn’t even audition, was chosen over a lunch with Miller and Kress: “I knew that behind the elegant looks, there was real grit in her,” said Miller.

Charlize Theron has beaten fierce competition. Starting with Gal Gadot, who had almost convinced the director. “In the audition, she really did an incredible job – Miller said – we tried it not only for her Furiosa, but also for one of her wives.” She In the end she came home without even a part.

Gugu Mbatha-Raw is another actress who auditioned for the role

Jessica Chastain could have been Furiosa too

As well as Ruth Negga

Big names also discarded for the roles of Immortan Joe’s young wives. Among them stands out the name of Oscar winner Jennifer Lawrence

Margot Robbie could also have had a part in the film, even before taking on the role of Harley Quinn