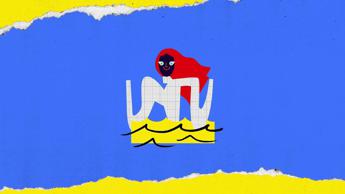 IIDEA has announced the publication within the Game to Human (G2H) section of its website a story that talks about memories and great classics of literature, and an episodic book-game with which to move inside the books in a narrative experience immersive, created by the independent design studio We Are Müesli and available on Itch.io. In “Madeleines – A story lost, found” the player takes on the role of a young librarian who, by tidying up boxes of books, discovers a mysterious correspondence made up of sheets, collages, annotations, notes found inside volumes lent and returned . They are the testimonies of an epistolary love between two of the eleven members of the editorial staff of Madeleines, the library newspaper which, right there, used to meet almost daily to work on its pages. It starts with one of the 30 questions of Proust’s questionnaire, favorite author of all editors; then the choice of a book, without revealing the title but only a series of clues which, with logic, intuition and curiosity (but also search engines, encyclopaedias and books, on the shelves of the house or available through the library, even digital) , will lead the player to discover a code to unlock the next chapter of the story.

“We wanted to create an episodic book-game which, with a dynamic that takes inspiration from those of escape rooms to move between the pages of some of the greatest classics of Italian and foreign literature because we think that the game, in all its forms, is today the most popular, empathetic and avant-garde form of expression for making culture”, comments Claudia Molinari, co-founder of We Are Müesli. “Continuing in the game you will not only collect clues to discover the hidden identity of the two protagonists, but you will experience a real literary adventure to rediscover some of the greatest classics of Italian and foreign literature, whose pages have received messages from these enigmatic dialogues. Overcoming trials and puzzles to achieve a goal, with intellectual challenges, brainteasers and puzzles in the right order, the reader/player will slide into an immersive narrative experience”.