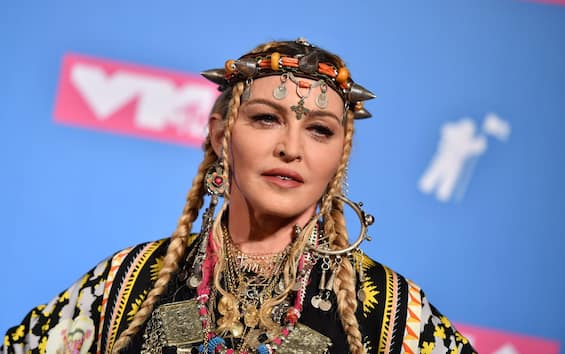 Madonnahas been considered the queen of world pop for decades. Despite the generations that follow one another and the new generations that advance, Veronica Ciccone confirms herself as the only one capable of breaking any record in the world of music. At the age of 64, in fact, Madonna is the first and only woman to have so far reached the extraordinary record of 10 albums in the prestigious chart Billboard 200 from the 1980s to today. But that’s not even the only record set by Madonna, who, as People magazine reports, is also the only artist to have been on any Billboard chart 50 times. In addition, just to add some other successes, Madonna con Finally Enough Love: 50 Number Ones (2022 Remasters) leads this week the FIMI ranking of the best-selling vinyls in Italy in the last seven days.

Finally Enough Love: 50 Number Ones (2022 Remasters) is the latest album released by Madonna that collects in a single compilation all the 50 hits that ended up at the top of the Billboard chart, remixed in new versions for the occasion. The compilation was released on the occasion of the 40th anniversary of the career of the absolute queen of world pop music. Finally Enough Love: 50 Number Ones (2022 Remasters), a few days after his debut, he managed to quickly conquer the eighth position of the Billboard chart. With just 7 days of seniority of publication, it has conquered the top 10: never has a remix album been so high in the charts since Beyoncé released her EP More Only in 2014. According to reports from Billboard, with this album Madonna has reached the top 10 of the charts 23 times. A result that before her had been obtained by another sacred monster like Bob Dylan and that other great artists like Elton John or Prince have never achieved.

Madonna, as Billboard also reports, is only the tenth artist ever to place an album in the top 10 of the Billboard 200 chart from the 1980s to today. All nine artists who succeeded in this feat before her were men, so Madonna is the first woman to do it. Surely an important recognition for her, which derives directly from the satisfaction aroused in the millions of fans around the world ready to support her and buy every work of her. But it is certainly not the first time that Madonna has obtained recognition for her music, just consider the numerous awards that Lady Ciccone has won in her 40-year career, including 7 Grammys and 20 MTV Video Music Awards. Numbers to make any colleague turn pale, which certify the planetary success of an artist who knows no sunsets.