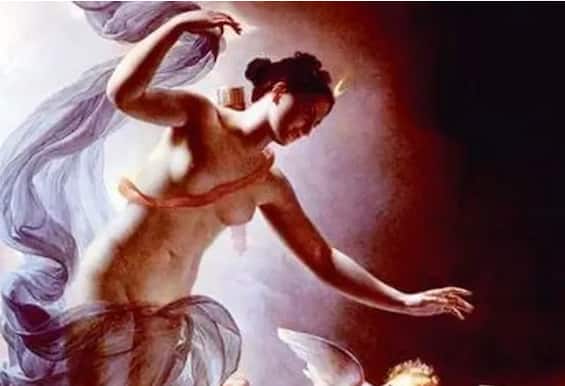 Brigitte Fouré, the mayor of Amiens, in France, publishes a video on Facebook in which she publicly asks pop star Madonna to have “on loan” one of the paintings from her collection that she keeps in her villa, in view of 2028 when there will be the candidacy of Amiens European capital of culture. This is the painting “Diana and Endymion” by the painter Jérôme-Martin Langlois (1779-1838) which could be the one that disappeared during the bombing of the Amiens Museum of Fine Arts in 1918.

The appeal on social media

“I appeal to Madonna to lend a work that has so far disappeared to the city of Amiens!” These are the words of the mayor of Amiens who, in the video posted on her Facebook account, appears sitting in her office with a photo of the object of desire behind her. It is the painting “Diana and Endymion” (around 1822) by the painter Jérôme-Martin Langlois (1779-1838) exponent of neoclassicism, which according to an investigation by the Parisian newspaper “Le Figaro” Madonna bought in 1989 at an auction of Sotheby’s in New York for $1.3 million. The canvas displayed in one of the American singer’s villas may be the one thought to have been destroyed in the bombing of the Amiens Museum of Fine Arts in 1918.

It all stems from an article in “Le Figaro” which talks about a painting that in 2015 a researcher from Amiens would have identified in a Paris Match photo shoot made in a Madonna villa. Following this discovery, the Amiens Museum filed a complaint against unknown persons for the theft of the painting. The mayor Brigitte Fouré took the opportunity of the publication of this article to draw the attention of the singer so that she agrees to lend this work “She will thus be able, for a while, to return to Amiens and be seen by thousands of Amiens inhabitants !” the mayor said on Facebook.

The yellow of the painting

In 1918 the center of Amiens was bombed by the German army. The northwest pavilion of the Museum of Fine Arts was gutted by a torpedo. Most of the works on display were recovered by the curator Albert Roze, except about fifteen paintings. Among this it was thought that there was also the canvas of “Diana and Endymion”. In the 1970s the art historian Jacques Foucart, curator of the painting department of the Louvre, undertook research into Langlois’ work and noted that there had been no trace of the painting since 1911. In 1989 Sotheby’s auctioned a painting of “Diana and Endymion” which resembled like a drop of water to that of the museum of Amiens. The work was neither dated nor signed and had no stamp on the back, unlike the painting that disappeared in the Amiens museum. According to Sotheby’s the dimensions of the canvas were three centimeters lower in height than the Amiens painting. Estimated between $300,000 and $400,000, the painting was considered an old copy and was eventually purchased for $1.3 million by singer Madonna.