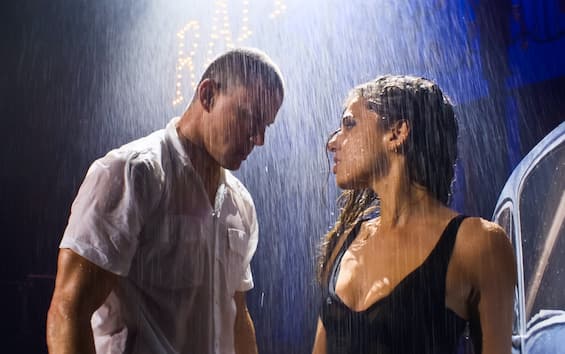 I’m ten years have passed from the first film in the series Magic Mike that Channing Tatum brought to the big screen in 2012. The idea was born from the actor who used his past as a dancer to tell a partly biographical story relying on the direction of Steven Soderbergh. The latter did not direct Magic Mike XXLbut back behind the camera for this new chapter Magic Mike – The Last Dance which finds Tatum starring alongside Salma Hayek. The dynamic between the two will be key to this third film. And in the last few hours it has been announced that the last half hour of the film will be a long dance sequence.

Soderbergh decided to focus on dance, because it all started from that. “We wanted to blow up the dance sequences in grand way” the director told Empire, promising an epic sequence that will conclude the trilogy of Magic Mike. “We have a Channing and Salma dance on the front lines. And then the last 30 minutes and beyond of the film will be devoted to this gigantic dance sequence. This idea is shaping up to be a legendary challenge for a director, as it has never been attempted before in a film. The rehearsals took place in an ancient theater in London, the Clapham Grand, a place where according to Soderbergh “it is not possible to have a bad shot”.

Magic Mike – The Last Dance: the official synopsis of the film

After a long hiatus and a failed deal that left him broke, forcing him to work as a bar tender in Florida clubs, for “Magic” Mike Lane is It’s time to get back on stage. Hoping to attend what he considers the last show of his career, Mike heads to London with a wealthy woman in high places who lures him with an offer he can’t refuse…and an agenda already planned. The stakes are high when Mike discovers what the woman is really up to: Will she, along with a new group of dancers to get back on track, be able to pull it off?

A different and perhaps more mature film to conclude the trilogy

In this third film written by Reid Carolyn, Mike will be for the first time engaged in a real love story, so new dynamics will come into play. “The third movie really dives into the dynamics that exist when Mike is in a relationship. This allows us to have a dynamic and conversations that we previously couldn’t have,” Soderbergh noted. The first two films grossed nearly $300 million in all over the world, so much is expected from the concluding chapter.