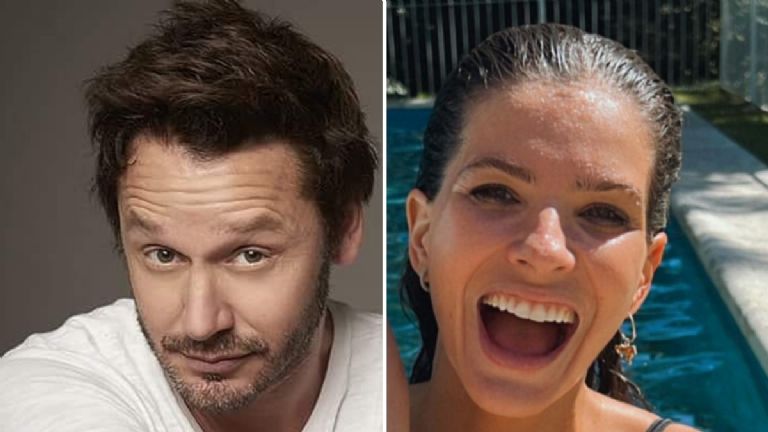 On these days Benjamin Vicuna is filming the movie “Lie to Me” of which he is one of the great stars. The cinematographic work is carried out by the Chilean actor and the Argentine actress Florencia Peña.

From what they say since the production of the film, the shooting is going very well with many advanced scenes. The ex-partner of China Suarez comes out to the ring with a leading man after the great scandal that was the wandagate where inadvertently I am in the middle of the storm.

Without a doubt, it seems that this shock is already in the past, so now Benjamin is concentrating on his profession and of course his beautiful family. In fact, during the filming he had the luxury of taking his daughter Magnoliaalmost 4 years old, where he began with his first steps in acting.

Vicuña uploaded a story to her Instagram in which she looks like Magnolia She makes her small participation very shyly and encouraged by Flor Peña. Magnolia definitely has the presence of her mother. China Suarez and all the professionalism and charisma of his father Benjamin Vicuna.

From the production they seem to be very happy with how the filming is developing where a lot of chemistry is seen between Benjamin Vicuna and Florence Pena. A few days ago, the Argentine actress assured that Benjamin “is a cool guy” and admitted that, although she has not kissed him yet, there will be high-voltage scenes in the film.

“There are scenes of everything, we act as a couple, so yes. I don’t want to spoil it,” said the actress about Lie to me. Peña also did not remain silent when asked about the state of mind of the actor, recently separated from China Suárez. “And ….is sad. I’m not going to tell intimacies, but we talked a lot about everything that happened, “the actress continued without going into details.

Let’s remember that Florence Pena At the beginning of December, the filming of More respect than I am your mother, the film that adapted the book that Hernán Casciari wrote, initially as a blog, and directed by Marcos Carnevale, ended. There, Flor Peña played Mirta Bertotti, the character that Antonio Gasalla played for many seasons in the adaptation for the theater.