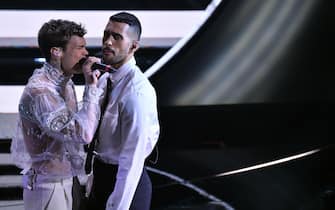 With the song Chills, Mahmood and Blanco won the seventy-second edition of the Sanremo Festival

On the podium, in second place was Elisa with Or maybe it’s you and in third position Gianni Morandi with Open all doors

The special on the Sanremo Festival

The winning song among the three finalists was decided by the joint vote of televoting, opinion poll 1000 and the press room

All the updates on the final evening of Sanremo 2022

Mahmood and Blanco were among the big favorites on the eve. With Broglie, which is already at the top of the streaming world rankings, they will represent Italy at the next Eurovision Song Contest in Turin.

“I have to say hello to my mom”. Immediately after the victory at the Sanremo festival, Blanco went down to the audience to hug and kiss his mother, sitting in the audience