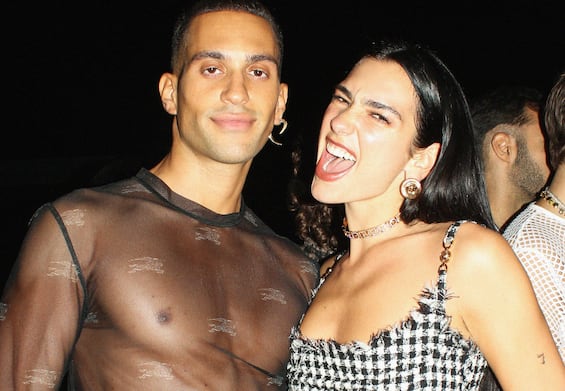 After the temporary stop of his Ghettolimpo Summer Tour due to inflammation of the vocal cords, Mahmood starts again in a big way with an eagerly awaited participation in the Sunny Hill Festival of Pristina (Kosovo), one of the most important musical festivals in the Balkans founded and directed by Dua Lipa and his father Dukagjin, both British but with proud Kosovar origins. The appointment was from 4 to 7 August at the Gërmia Park in Pristina, where other international stars such as J Balvin, Diplo, Skepta, DJ Regard, AJ Tracey, as well as Dua Lipa herself performed. For Mahmood, whose participation is supported by the Farnesina and the Embassy of Italy in Kosovo as part of the integrated promotion program Vivere all’Italiana, the exhibition was on Friday 5 August: “I immediately accepted Dukagjin’s invitation Lipa and the Italian Embassy in Pristina because in this redemption festival, in the youngest country in Europe, I see a part of my history: identity poised between multiple cultures, which is wealth rather than weakness; the desire not to lose contact with one’s origins; the memory of the sacrifices made by you and your family; the pride of one’s past and the desire to move forward, remaining linked to family, friends, love “, declared Mahmood.

“We are particularly proud of this Italian participation in the Sunny Hill Festival in Pristina, first of all because it allows our music to be appreciated in recognized international contexts, but also because Mahmood it perfectly embodies that multicultural, young and open Italy that we like to export abroad. Also through the presence of Mahmood, who in a short time has conquered a place among the most important exponents of the music scene, including the international one, we also hope to increase mutual knowledge between our two countries and, hopefully, interactions “, said the ‘Ambassador of Italy to Kosovo, Antonello De Riu.

For Dukagjin Lipa, father of Dua and in turn singer-songwriter as well as founder of the Republika communication agency which organizes the show, “The participation of an artist like Mahmood, which confirms the high quality of the Sunny Hill Festival, in addition to the fruitful collaboration with the Embassy of Italy, are a source of satisfaction for an appointment that wants to culturally and touristically relaunch Kosovo, a country that loves music and knows how to have fun “. Also for the Pristina exhibition, Mahmood did not neglect any detail: from the costumes, with the close collaboration with Riccardo Tisci who created exclusive clothes for him, to the choices of the scenery and the choristers. Before and after his performance, some videos of the campaign were shown BeIT – Italy is simply extraordinary made by the Ministry Italian Foreign Affairs and International Cooperation and ICE Agency.