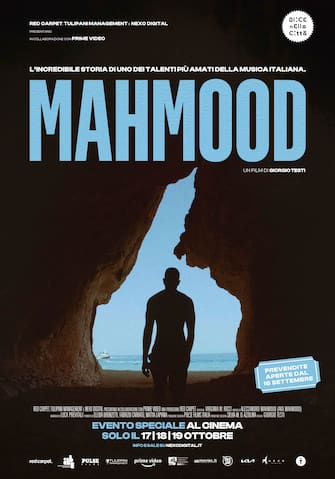 The docu-fim MAHMOOD is the story of Mahmood’s life between Milan and Egypt, his dearest affections, music, victories in Sanremo, Eurovision, the European tour, the backstage of his works. Directed by Giorgio Testi, written by Virginia W. Ricci and produced by Red Carpet, an ILBE Group Company, in collaboration with Prime Video

Mahmood turns 30, the most famous songs

The film tells, through the voice of Alessandro Mahmoud and the testimonies of artists such as Blanco, Carmen Consoli, Dardust, the path that, as a boy born and raised in the Milanese suburbs, led him to success making him a real phenomenon musical

Twice winner of Sanremo – in 2019 with “Soldi” and in 2022 with “Broglie” paired with Blanco, a European SOLD OUT tour, two lucky participations in the Eurovision Song Contest, billions of views and streams of his songs and videos, collaborations, also as an author, with the most followed and respected artists of the contemporary pop, R&B, rap and trap music scene – from Blanco to Carmen Consoli, from Marco Mengoni to Elodie and Elisa; from Fabri Fibra to Guè Pequeno, Massimo Pericolo, Sfera Ebbasta. All this is Mahmood.

Alexander Mahmoud was born in Milan in 1992 from a Sardinian mother and an Egyptian father. He grew up in the suburb of Gratosoglio, starting to study singing from an early age.

Mahmood, a trip to the Mediterranean. Review of the live at Alcatraz

During his childhood the parents separate and Mahmood grows up with his mother. He suffered a lot from the abandonment of his father with whom he will no longer have relations. The song “Soldi” is about his father.

The stage name Mahmood is a play on words between the surname (Mahmoud) and the English expression my mood (“my mood”).

Sanremo: from Vasco to Mahmood, the 30 most iconic songs

In 2012 he took part in the sixth edition of talent show X Factor in the 16-24 Men category led by Simona Ventura. He is eliminated in the third episode.

In 2015 he participates in the Sanremo Area singing competition winning first place and the right to participate in the 2016 Sanremo Festival in the New Proposals category where he ranks fourth with the song “Forget”.

Eurovision 2022, Shivers is the most listened to song on Spotify

Mahmood is also an author. He has participated in the composition of songs such as “Nero Bali” by Elodie with Michele Bravi and Gué Pequeno, “Hola (I Say)”, “Mille Lire” and “Revolution” by Marco Mengoni.

His is published in September 2018 first EP “Burnt Youth”. In December of the same year he is one of the two winners of Sanremo Giovani 2018 with the song “Burnt youth”.

Mahmood in Dubai: the declaration for Ukraine from the Expo. VIDEO

The victory of Sanremo Young allows Mahmood to participate (and win) at the Sanremo Festival 2019 with the song “Soldi”.

Vanity Fair, Mahmood and Blanco on the cover but Instagram censors it

On February 22, 2019 he released his first unpublished album entitled “Wasted Youth”, Which debuts directly in first place in the standings and is certified gold.

Sanremo 2022, Mahmood and Blanco and their thrilling final

As the winner of the Sanremo Festival, Mahmood is designated as the representative of Italy at theEurovision Song Contest 2019 of Tel Aviv and ranks second.

On 30 August 2019 he released the single “Barrio”, Also produced by Charlie Charles and Dardust, whose music video was shot in Morocco.

On May 15, 2020 Mahmood presents, through his Youtube channel, his new single “Popular moonlight“. Followed by the single “Dorado”, released on July 10 with the participation of rapper Sfera Ebbasta and Colombian Feid.

After winning the Sanremo Festival, in 2019 with the song Soldi, the 2022 edition wins in a duet with Blanco with the song Broglie

By virtue of this success, he represented Italy by right at the Eurovision Song Contest in the 2022 edition of Turin, finishing sixth together with Blanco