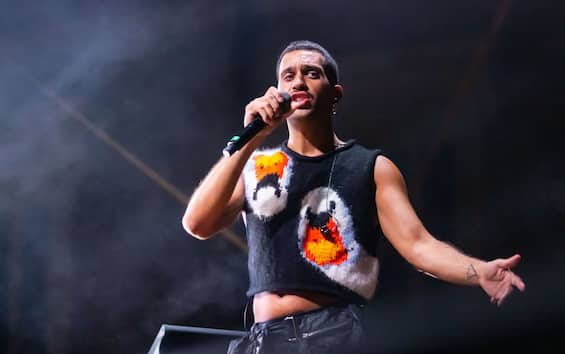 Alessandro Mahmoud, aka Mahmood (a play on words between his surname and “my mood”), he turns thirty. The singer born on 12 September 1992 in Milan has mixed different influences and suggestions in his music, managing to become a reference name for Generation Z without losing at the same time the opportunity to always tell a little about himself. We tell you about him through some of the most famous pieces of him. So you too can create the perfect Mahmood playlist.

There is always in the career of a successful singer “that” song, able to sum up what he represents as an artist and what he can become. Money more than for the victory in Sanremo that revealed it to a transversal audience, it is important as it represents the perfect starting point to start listening to Mahmood. In this hit we find elements that will then return to the entire discography of the Sardinian / Milanese / Egyptian singer. Money it has at its base an autobiographical idea which however ends up becoming in some way a collective story, presenting a world in which money has a perhaps unprecedented reverberation in the development of interpersonal relationships. A world in which it is easy to feel set aside after yet another speech that results in a superficial “how are you how are you how are you going”.

As we will see also later in this ranking, Mahmood is able to exalt himself alongside another artist. Rubies it is a piece with an almost minimal arrangement, which serves more than anything else as a basis for the crossing of two complementary voices such as that of Elisa and Alessandro. The singer from Trieste, who has always sought a modern pop sound and able to go beyond the Italian borders, is perfectly at ease with a colleague who almost naturally imitates her path. Mahmood is in fact the son of a generation more used than the previous ones to mix local references with everything that the globalized world proposes, to create a strange hybrid that sounds “Italian” but also can be proposed abroad without appearing kitsch or forced.

The title of this hit will not say much to those born before the nineties but it contains a fairly explanatory metaphor for those who know the character of the manga of the same name. Like the character of the half-demon Inuyasha also Mahmood in this piece tells of his feeling split between different selves, perhaps due to the same scars that have marked his path and that still prevent a “complete” relationship. The homage to this Japanese comic that later became anime should not be surprising given the passion for Asian culture repeatedly expressed by Mahmood (just think of another song like Uramaki).

Another passage in which Mahmood overturns stereotypes. Here he talks about the neighborhood, the “barrio”, but without making it become the scene of gangster bravado as a hip-hop cliché. The outskirts of Mahmood become in this song the perfect scenario of a complicated story of love and incommunicability, in a place without identity where one is everyone and nobody at the same time. After the success of Money also in Spain Mahmood winks again at that market, without at the same time giving up certain Arab and North African suggestions that are now part of his musical identity.

In 2020, the year after Barriohe arrives Dorado which is somehow another step in the same direction. This time Mahmood is joined by the most international of our trappers (Sfera Ebbasta) and the Colombian singer Feid, famous for his music halfway between reggaeton, hip hop and r & b. The result is an unprecedented mix, in which even Lana Del Rey is evoked (portrayed in a poster in the video clip). A “dream journey”, to use the words of the singer himself, who al Corriere della Sera he told the piece like this at the time of its release: “Dorado it is a story that starts from the last year I lived, a glossy year completely different from all that was my previous life. The greatest artists have one thing in common: they are the simpler ones, they treat you as if you have been their friend for a lifetime. And this made me think. It is always important to remember your origins, your roots, as I sing in Dorado: I had nada in my pockets, I was cool I wasn’t Prada ”.

The winning song of the last Sanremo is perhaps the most striking example of how Mahmood is now able to cover the role of mentor for a younger artist. Alessandro, who had already demonstrated his ability to put himself in the shoes of others as an author, here alongside a Blanco never so intense. A song that is also striking thanks to its different reading levels, a love song that is not just a love song or at least not in the classic sense of the term.

Find someone else to find yourself. After the hangover of the success of Money something similar happened to Mahmood as well. In Klan the singer talks about the need to rebuild a base of strong relationships, similar to the one that allowed him to survive over the years in the suburbs. A concept, that of the search for a closer proximity, even more enhanced by the video clip (in which almost certain works by Vanessa Beecroft are recalled).

The perfect counterpart to Klan is this passage from a few years earlier. Here the metropolis emptied by the Augustan exodus it becomes the emblem of a solitude with which one has come to live together, almost to the point of appreciating it or making fun of it. Mahmood wanders in a Milan that is a “beautiful desert” in search of “good vibes” well aware that “feeling disgusting makes no sense sand it is always yours to pay “. Those of yours who, however, always remain, at least in thoughts: the clan does not melt him either by distance or by the summer heat.

Mahmood returns to collaborate with two heavyweights of the rap scene such as Sfera Ebbasta and Fabri Fibra. The result is this catchphrase that tells of an escape from the alleys and from that mediocrity of the suburbs that is not too different from Ulysses’ attempt to escape from the nymph Calypso. On the other hand, you have to move in order to get out of a stasis that seems perennial, otherwise you end up as “the people waiting for miracles” evoked in the piece.