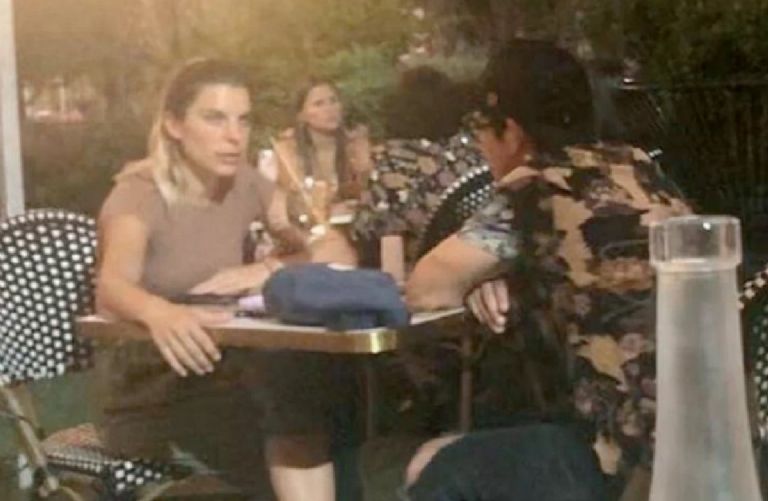 After a year of love, the romance between Claudio Castellon and Luz Valdivieso came to an end. In the television program “Zona de Estrellas” they speculated that the reason was the actor’s jealousy that his partner could not stand and therefore decided to break the courtship before the end of the year.

“She was the one who broke up with him. She was a little fed up with the scenes that he constantly did to her”, they said in “Zona de Estrellas”. The truth is that shortly after she ended love Claudio Castellon was romantically linked to Maite Orsini, Gonzalo Valenzuela’s ex.

Claudio Castellón and Maite Orsini They were seen having dinner together at a restaurant in downtown Santiago. The person who took the photos spoke to LUN media and said: “This was on Monday, December 12 at the (restaurant) Castillo Forestal. Claudio and Maite arrived. I never saw them kiss or hold hands, far from it. Maybe they’re friends, but maybe another person could say they saw something more than that between them.”

Faced with the controversy, the deputy maite orsini He decided to put an end to the rumors and expressed himself about it in his Instagram stories: “On my way home, after a long day, I come thinking that I want to confess something to you (I would not have thought it necessary, even less in the 21st century)” .

“I go: I have male friends, yes, men, not just women, with whom I go to eat, to the theater, as well as with my friends. If with my opinions I have made it appear that I only relate affectively to women and that men I want to relegate them to the domestic or merely reproductive, I want to clarify that this is not the case,” he said. maite orsini about his alleged affair with Claudio Castellon.