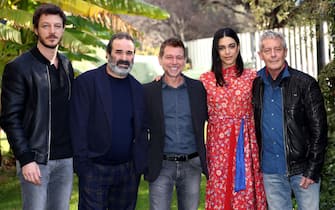 Màkari, the fiction with Claudio Gioè in the role of the aspiring writer Saverio Lamanna, is now in its second season. Here is the synopsis: “A year has passed since the events of the first season. The intention of Saverio to establish himself as a novelist is still at stake, to the point that his publisher is preparing to give him the welcome. It’s good that thanks to an important project full of hopes and ideals, Suleima returns to Makari on a permanent basis. Lamanna will have to fight hard not to lose her and above all not to fall into her usual mistakes ”

WATCH THE VIDEO: Makari, the new fiction set in Sicily

Claudio Gioè plays the protagonist of the series, Saverio Lamanna

Saverio Lamanna is fired after committing imprudence at work. Defeated both emotionally and professionally, Saverio decides to leave Rome and return to his hometown in Sicily, in the Trapani area. Here Saverio rediscovers his passion for writing and decides to improvise as an investigator to investigate the various local cases

Domenico Centamore is Giuseppe “Peppe” Piccionello, an eccentric and light-hearted friend of Saverio

Makari, the Il Volo song from the soundtrack of the TV series: the lyrics

Ester Pantano: who is the actress of the TV series Màkari

Antonella Attili plays Marilù, a friend of Saverio who manages the hotel-restaurant in Màkari

Makari, the locations: where the fiction was shot in Sicily

Makari, the books by Gaetano Savatteri which inspired the fiction

Andrea Bosca plays Teodoro Bettini, the employer of Suleima, who admires him and has great harmony with him

Tuccio Musumeci is the father of Saverio