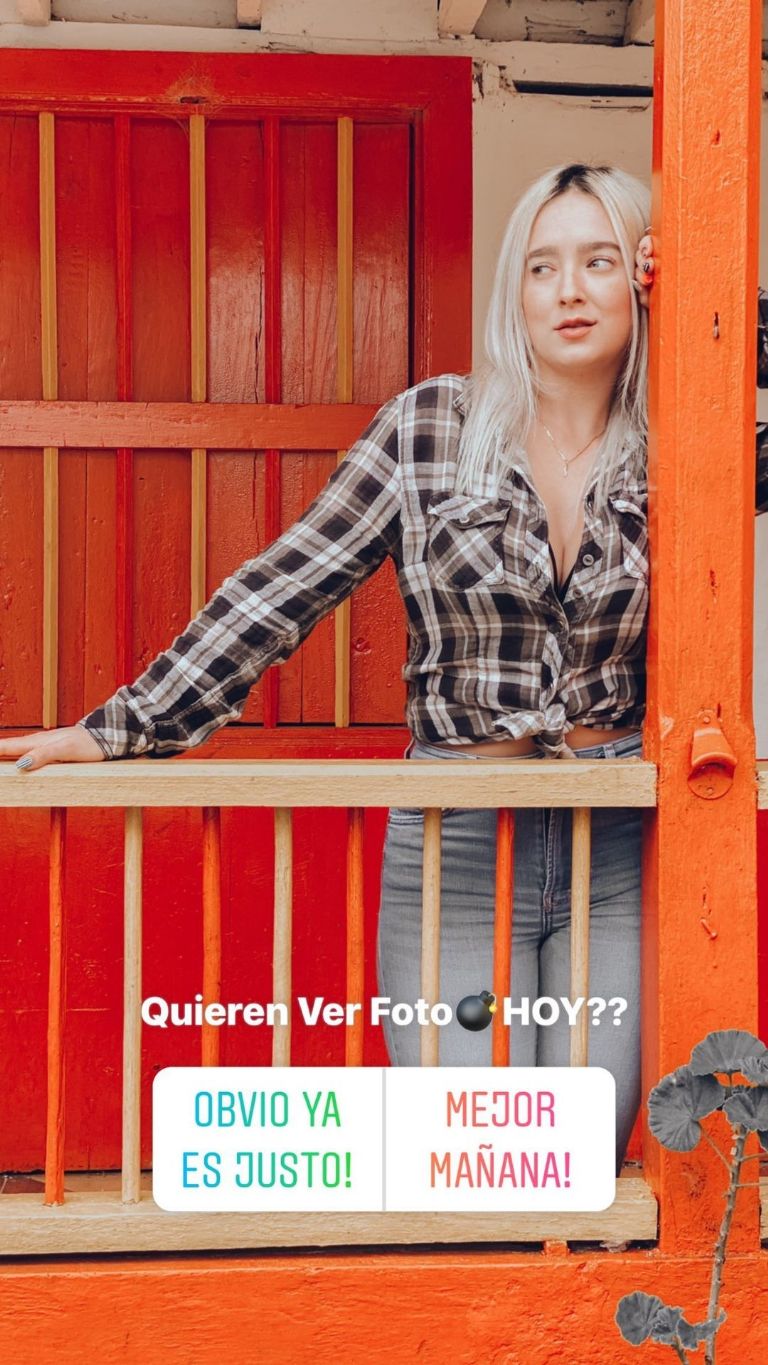 Katherin Giraldo is the younger sister of Karol G, who has not chosen the path of music. On the contrary, the Colombian has leaned towards social networks where she is an influencer and already has more than 100,000 followers. There, she promotes brands of clothing, makeup, bikinis and much more.

For her part, her sister Karol G he recently finished the ‘Bichota Tour’ in the United States. At the end, he shared with his fans a string of stories where he showed each part of the “behind the tour”. “And since the tour is going to end, so today I want to do a backstage tour for you so that you can see everything that happens behind him,” he assured and surprised his fans.

A few hours ago, Katherine shared an Instagram story with a question sticker where he consulted his followers: “Do you want to see a photo (bomb emoji) TODAY ??”. Most of the people voted for the option “Obvious, that’s fair”, before “Better tomorrow!”. Is that in recent weeks, the blonde has been very busy with her new endeavor.

Cerbatana is a new restaurant that Katherin It has opened in Colombia in recent days, and it has been very busy. However, this Thursday the influencer has left her fans happy with a new and incredible photoshoot where she appears dressed as “Mamá Claus”.

Karol G’s sister posed from a balcony wearing a tight cream lace ensemble and a Santa hat. “MERRY CHRISTMAS!!” was the simple caption he used as the images spoke for themselves. The publication exceeded 2,700 likes and 70 comments. “Merry Christmas to you too and all of yours …” and “But what a beautiful princess, bless baby” were some of them.