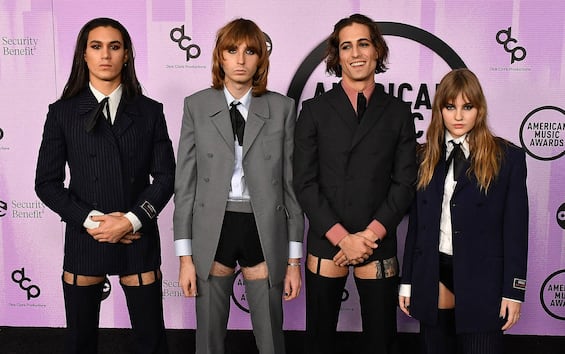 The new album by Maneskins, rushwill be released on January 20th. In the meantime, the band wanted to publish a video on Instagram that allows you to listen to a taste of four of the tracks on the discwith the “reactions” of the components to listening.

Maneskin, the spoilers of rush

“Spoiler alert – Maneskin wrote on Instagram, accompanying the video – four tracks from our new album rush for you, plus the reactions to listening”. In fact, in the video you can see the deliberately excessive and also amusing reactions of Damian, Victoria, Ethan And Thomas listening to the pieces, from emotion to exaltation. rush will be released on January 20, the third disc of unreleased songs after The dance of uncertainties of 2018 and Theater of wrath vol.1 of 2021. The tracklist, which also includes the single The Loneliestconsists of 17 songs, two of which are in Italian.

Maneskin: “They told us we sucked”

Recently the Maneskins were interviewed by Lyndsey Parker for Yahoo Entertainment and for the occasion they decided to take off some pebbles from their shoes. “In Italy they even told us that if we thought that I Wanna Be Your Slave could have been a hit it meant that we didn’t understand anything about music”Vittoria told, before Damiano’s confession, that about the song kool kids said “We wrote it after we won Eurovision, because, despite the victory, our managers kept telling us that our music sucked. We were angry, but we felt invincible, so with this song we gave everyone the middle finger and kicked them off the train.” And about theEurovisionfrontman Damiano David revealed that he regrets doing the drug test after allegations of who they thought snorted cocaine. “I was angry – said the singer – I wanted to take the test, but then I regretted it. I would have liked to have everyone believe that I was completely crazy!”. The band then wanted to reiterate its uniqueness. “We farmed our being differentwe have not agreed to conform to the rules of the market and people feel that we are real.”