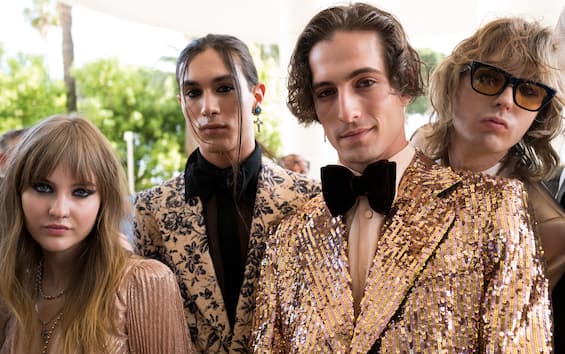 Måneskin are one of the very rare Italian musical groups that are appreciated at every latitude of the globe, including the United Kingdom and the United States. For superstars of their caliber it is essential to master excellent English, also because often – in addition to having to speak it when they are on business in Great Britain, America and, in general, in English-speaking countries – they sing in it more and more frequently.

Giving his opinion on how well (or not) English the members of the most famous Italian rock group in the world can speak is Br Inglese, the famous American youtuber who helps his followers to learn his mother tongue. And often Br Inglese also tries his hand at judging Italians on their linguistic abilities, side english. And often, let’s face it, he can’t help but laugh, given that it is well known that the level of knowledge of English among our fellow villagers is very far from that of other European nations.

Let’s find out what the youtuber-linguist thinks of Damiano & Co. as regards the level of “Englishness”.
Let’s start right from him, from Damiano David. Br Inglese states the following: “I like his English and he is very good. He’s not at the Norwegian level, so to speak, but he’s doing very well. The pronunciation isn’t perfect, but that’s okay, because you understand everything he says. I liked his vocabulary. He also used a dirty word, ‘f … around’. He used it well, so that’s worth an extra point. The level of him is sufficient. He’s not perfect, but he’s good. As a grade we have to give a B+. Good job Damian!”

You can watch the complete video of the youtuber Britaliano sifting the English level of all the members of Måneskin in the video that you find at the bottom of this article.

The mark he gives to English by Victoria De Angelis

After having judged the English of the Måneskin frontman, Br Inglese moved on to analyze that of Victoria De Angelis, the group’s bassist.
“You feel right away that she speaks faster, she’s a little looser. She can say things without thinking, she also abbreviates certain things, like instead of ‘because’ she said ’cause’, it’s very natural. You speak like me in this sense. The grammar wasn’t perfect, but it was still understood. She is a little better than Damiano: vote between B+ and A-. Victoria, very nice, great work!”.

The youtuber Britaliano then goes on to talk about what he defines as the “two members who hardly ever speak”.
One of these is the guitarist, Thomas Raggi, of whom the expert says: “You feel that he has less self-confidence when he speaks in English. It’s a little rough, it happens to me too when I speak Italian. He is not entirely confident. The grammar went well, but he didn’t put the ‘s’ in the plural when needed. Grade between C + and B-, his English isn’t bad at all. If the purpose of his life is to speak perfect English, it should go on for some time, but to communicate and understand I think he is there too. Well done Thomas, you’re not perfect, but you’re good at English.”

Ethan Torchio, the drummer of Måneskin is the one who speaks the worst English

The last member referred to by the English-speaking expert is Ethan Torchio, the drummer. He too is part of the half of the group that Br Inglese defined as “the one that hardly ever speaks”.
Torchio is often mocked by the other band mates, who mock him precisely for the way he would speak English, which they say very badly.

“In the video the rest of the group make fun of him. I have to say that in the little he said there wasn’t a mistake, but he feels that he didn’t put much effort into the pronunciation. I can’t give a very high rating, despite the correct grammar, because he really speaks ‘strangely’. In my opinion he can improve in a little time if he puts more effort into it. I wouldn’t say his English sucks, but the accent didn’t go so well. We have to give it a C, but Ethan, it’s not the end of the world. It’s nothing to be ashamed of.”

Below you can watch the complete video of the youtuber Britaliano sifting the English level of all the members of Måneskin.