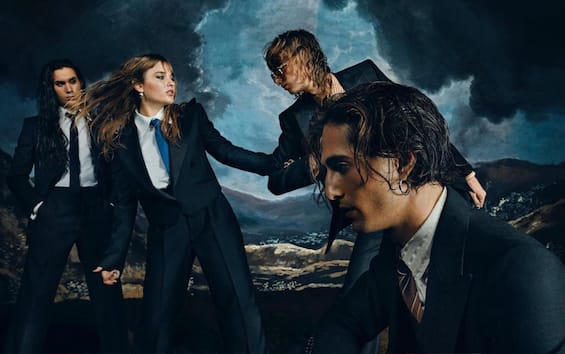 “The Loneliest”, the long-awaited new single from Måneskin released last October 7, is the new most listened to song in the world today and enters the 53rd position on Spotify’s Top Songs Global chart. The song is the highest new entry and is already featured in the charts of 28 countries.

The arrival of this new song was announced by the same band on Instagram on September 21st. It is not yet known when the official videoclip of this new song by the group of Damiano David, Victoria De Angelis, Thomas Raggi and Ethan Torchio will be released. But the lyric video is already available on the band’s official YouTube channel, which also contains some of their unreleased footage.

With “The Loneliest” (whose YouTube video collected over 1.2 million views in 24 hours) Måneskin are back to compose a ballad, the kind of some of their greatest hits. Between poignant lyrics and electrifying guitar solos that are tinged with an at times elegant delicacy, the classic rock song tells the most vulnerable side of the band. Or as the Roman group itself defined it as a cross between “a love letter, a farewell and a will”.