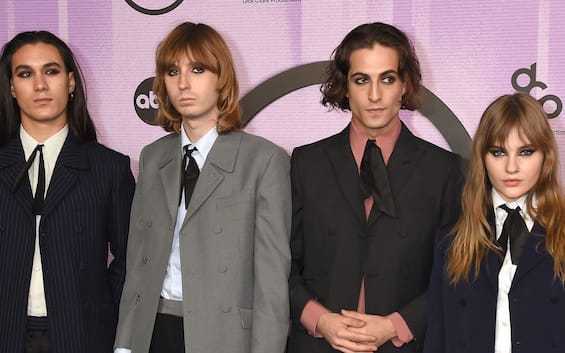 Tommaso Ottomano directed the video of the single The Loneliest, first extract from the album Rush! to be released on January 20, 2023. THE Maneskin they told the making of the film through the making of published on the YouTube channel: from the location to the difficulties in the rain.

Måneskin, the making of the video clip

A love letter to someone you loved, The Loneliest it is the expression of the feelings experienced when one is forced to let go of a person. Måneksin have decided to translate the words of the song into images by staging a funeral “We tried to depict our emotions following our instincts”.

The band recounted the birth and development of the video clip set in Villa Ottomanschosen by the director because it is perfect for an intimate ceremony.

I Måneskin: “We didn’t think that carrying a real coffin would be so heavy. Vic couldn’t reach it perfectly so the weight was pretty much all on the three of us, we really struggled to walk (although from our motionless expressions it didn’t look like it)!”.

Ottoman Thomas she added: “We did a really painstaking job of choosing the faces of the extras, the outfits, the location and everyone’s acting.”

As told in the video, the hardest part for the director and for the Måneskin was shooting under the constant rain recreated on the set, for the group the favorite scene was that of the escape during the storm.

As far as outfits are concerned, the Måneskin showed off suits Gucci: “Gucci’s proposals went hand in hand with the colors in the video and some fabrics had a fantastic yield when wet”.