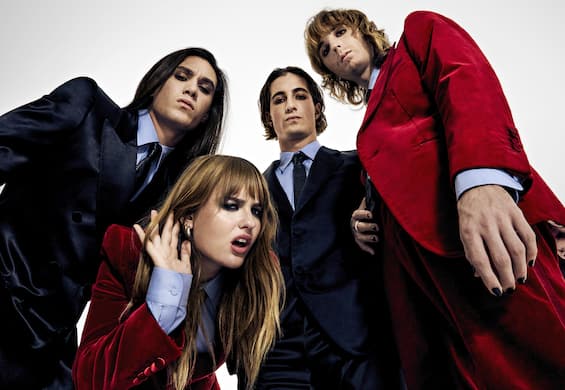 They go in a hurry i Maneskin. And you understand it by listening rush, their new album out on Friday January 20th and which I listened to in advance. The first sensation is of a very fast and driven album, confirming that in this artistic period Victoria, Damiano, Thomas and Ethan surf on a driven rock, bordering on punk, accompanying it with raw lyrics even when they turn to introspection. In total rush hosts seventeen songs, three of which are in Italian. The latter are also present in the version intended for foreign markets. Damiano’s voice is quivering and telluric, difficult to keep up with him even with the lyrics in front of him. It was mainly produced by Fabrizio Ferraguzzo And Max Martinwas recorded in Los Angeles, Italy and Tokyo.

A punk departure, with Damiano’s voice immediately incisive, sharp as a knife to testify that it is not only the mind that is under control but also the energy. It opens with Own My Mind the new job of Maneskin, rush. The song has a realistic incipit, it almost seems like a love message from yesteryear, before social media and dating platforms: “I don’t know your secrets, I’m not a visionary

Yes, I don’t know your story but I like what I see”. It is curious that in the text every time the three words of the title are repeated there is a question mark while the real title sounds like an imperative. Soon after comes Gossip, the new single with a feat by Tom Morello, also at triple speed between gin and tonic and american dream. The third track starts as a ballad timezone, that time zone that makes a person distant not only because there are seven thousand miles to act as a separation but also because day and night chase each other without ever finding each other. So “this fame has no meaning. I’m coming home, the only thing that separates us is a different time zone, tomorrow I have another plane I won’t accept it instead I will fly directly to you”. One breathes the sense of roots and that nostalgia that poets call nostos. Bla Bla Bla is a nursery rhyme punctuated by an electric bass that guides us in a dystopian story, between a couple who are not even in excesses while Baby Said is an investigation into the past of a person who becomes disturbing to the point of asking to end this conversation. Gasolines transmits, modernized, the sensations of Avventura a Durango by Fabrizio de André, between a countdown and a few questions. Yes, because in this album there are many question marks in the lyrics, as if to try to put order in the confusion of humanity and in the inner one. A flare of Gasoline is perfect for dancing and “playing God with a heart of stone”. Feel it has a very Rollingstonian attack and is a rebellious story as are the situations it portrays, from cocaine on the table to what the mother shouldn’t know until she does it on the floor…”is better on the floor”. Don’t Wanna Sleep it is the escape from loneliness through a wild dance. The Beatles quote is cultured: “Wearing Lucy’s diamonds to get a little shine”. Dissatisfaction is tamed by making love to danger. Perhaps.

kool kids It’s a downhill car with no brakes. Behind the wheel are the cool kids who don’t seem so distant from the Nocturnal Animals Of Tom Ford. If Not For You has the sweetness of a secular prayer which then turns into a declaration of love: “I wouldn’t sing anymore If not for you”, “I wouldn’t sing anymore if not for you” with the specter of hell who would knock on the door…(always) if it weren’t for you. We continue with the ballads with Red Your Diary: here tenderness and eroticism coexist with the final request to show all the love there is. Despite a misleading title Mark Chapman opens the triptych in Italian of rush. THE Maneskin they chose John Lennon’s killer to paint the figure of a stalker. The words are hard, heavy as well as the music which conveys a feeling of violence, physical and inner, overbearing: “he moves around on the loose dressed like a nightmare”. The end it is a lucid reflection on the negative aspects of fame, of that status where even “the most beautiful rose has thorns” and where “not even all the gold in the world can buy what you leave behind”. The dark bass perfectly underlines the feeling that the Maneskin they want to convey and that is that what seems like the beginning is the end. The Italian oasis ends with The Gift of Life, a filial caress, a gift that says “I am reborn from my ashes so as not to see my tired mother again, to give her back the gift of life”. I admit that before tackling the finale, which is made up of the singles already released, I had a bit of nostalgia for the Maneskin Of Marlena. Who knows if at least she has returned home while “the sun still illuminates people’s weaknesses”. Oh mama, supermodel And The Lonielest they are already heard. Listening rush put aside the rush, possibly keep the lyrics in front of you, at least at the first listens. So when the tour starts again you’ll be ready to scream with them and share their energy. First appointment in Italy on February 23rd in Pesaro!