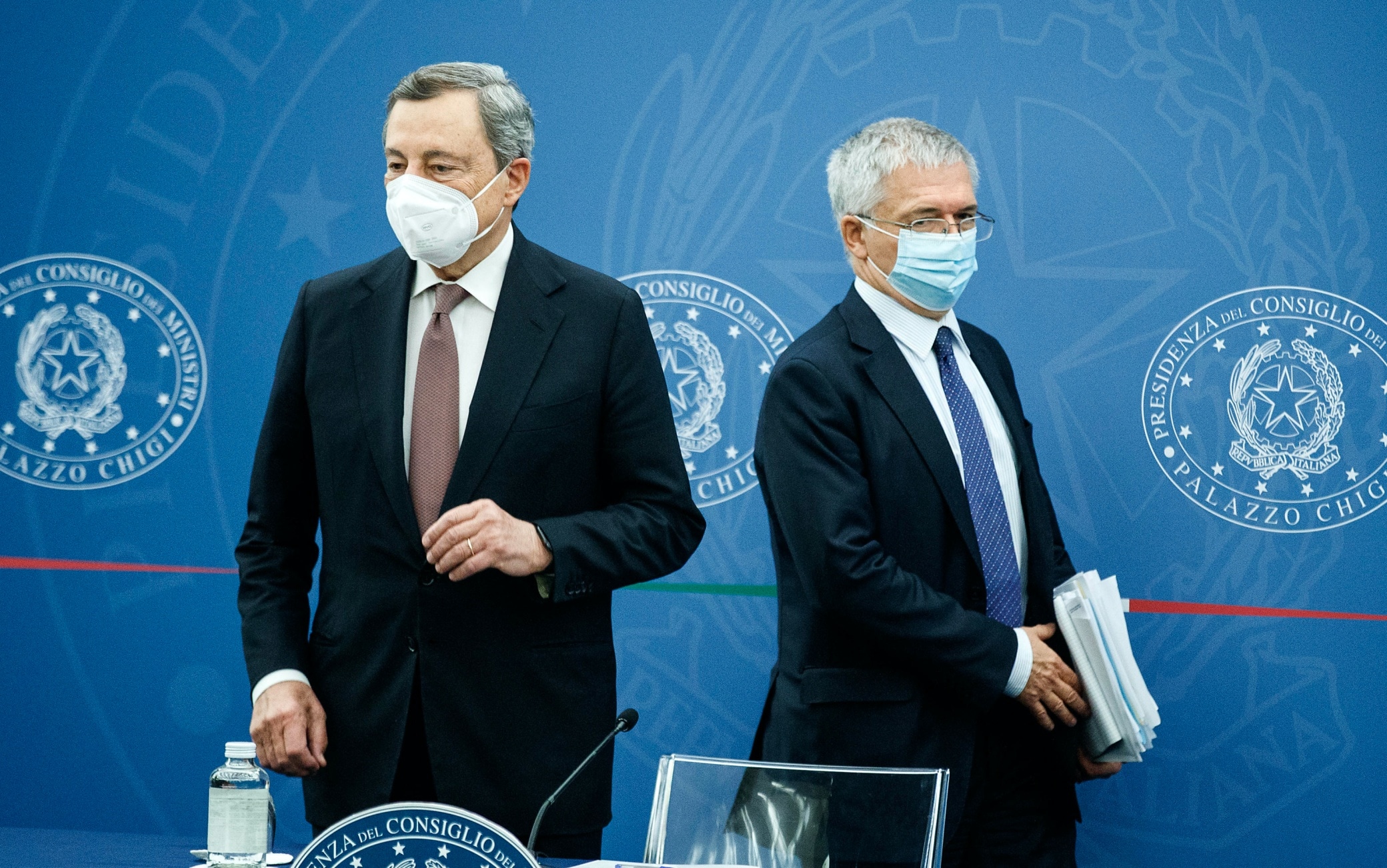 The government has approved the 2022 Budget Law. 30 billion euros have been allocated over three years to intervene on pensions, citizenship income, funds for companies in crisis, health, school and family. The premier: “Very satisfied with the work done. We are focusing on investments to relaunch the country”. Twelve billion to reduce the tax burden. Pensions: “We will return to the contributory system”. Economy Minister: “We expect growth of 4.7%”

Pensions, citizenship income, funds for companies in crisis and extension of bonuses for citizens, as well as interventions in the areas of school, health and families. The government approved the 2022 Budget Law, which was examined today in the Council of Ministers. Prime Minister Mario Draghi at the press conference: “We are very satisfied with the provision, at the end of the Council there was a long applause. It is an expansive budget law, in full coherence with the other documents that guide the economic action of this government. We act on both supply and demand: we cut taxes, improve investments and social spending, especially for young people and women “. In all, underlined Draghi, Italy will invest 540 billion euros in the next 15 years, considering the maneuver and other interventions, such as those envisaged in the NRP.

“Growth is the compass of the government”

“The problem of public debt, that of inadequate social benefits and other just changes to our social system that we have not been able to make in past years can be overcome through growth: the country will grow well over 6% and this is a compass and the strategy of this government. This law does not guarantee that the path will continue in the future: the Italians and the Italians will make the growth.

Draghi always promised that taxes would be cut. To do this, in 2022 the government will deploy 12 billion euros, of which eight for an intervention aimed at reducing taxes on companies, on people and for the tax wedge. The figures rise to 40 billion over the next three years, including 24 billion for cutting the wedge. There are several hypotheses of tax reorganization, to be studied together with Parliament: “Let’s not forget that this law is the first point of arrival of a serious work carried out by parliamentary committees. We will decide together how much the reduction will be for each tax”, said Draghi. .

Pensions: Quota 102 to return to contributory

The transition to Quota 102 for the pension system in 2022 has been confirmed: 64 years of age and 38 years of contributions necessary to receive the allowance. For social security, Draghi said, “the goal is a full return to the contributory system”. The executive, said Draghi, will confront the social partners and the Parliament, “because the goal – he reiterated – is the full return to contributions, which is the ‘box’ inside which many things can be fixed”, as for example “to recover at work who has left and is in black”.

According to Draghi, the citizenship income “clearly has not worked: it must be free from abuse and must not hinder the labor market”. For this reason, the checks “will be carried out ex ante, before the income is received. We have worked to ensure that income is not an obstacle to accepting job offers. In the past, those who accepted an offer lost all income, now this will be a graduated process, so as not to discourage the acceptance of the proposals “.

Franco: “Maneuver to recover the product lost in 2020”

Economy Minister Daniele Franco also defined the maneuver as “expansionary”. With a total value of 30 billion over three years, it was developed to recover “the product lost last year”, aiming for “an estimated growth of 4.7% in the next year”. “In 2022 we intervene for 4 billions on healthcare spending, half of which go to medicines and anti Covid-19 vaccines, and the other half to strengthening the resources of the health system. Three billion to the fund for SMEs, one billion more to the resources available for income of citizenship, one and a half billion for social security measures. Then there is one billion destined to local authorities, in particular to finance works on public transport and maintenance of schools and roads “, Franco specified.

Franco announced that the 110% Superbonus will remain so until 2023 for condominiums and public housing, while it will drop to 70% in 2024 and to 60% in 2025. For other homes, the 110% incentives will only be extended until 31 December 2022 and only for main homes and setting Isee limits. The facades bonus has also been renewed.

Among the other areas to which the government will allocate important investments, Franco says, also that of universities and research, for which “funds will grow for research institutions and for the CNR, the Italian Science Fund will be strengthened, to which will be joined by an Italian technology fund, which in a few years will reach 250 million euros.