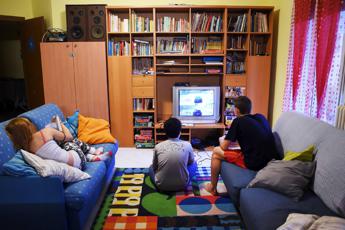 For the allowance for large families, the Isee ceiling is up to 40,000. Messina bridge priority work. The news in the draft

“Starting from 1 January 2023 for each child under the age of one, the amounts referred to in the first four periods of this paragraph, as revalued pursuant to paragraph 11, are increased by fifty per cent; this increase is also recognized for households with three or more children for each child aged between one and three years, for ISEE levels up to 40,000 euros”. This is what is foreseen in article 65 of a new draft of the maneuver. In the previous draft of the provision, the measure was not detailed.

BRIDGE ON THE STRAIT – Then there is also the bridge over the Strait of Messina and the new company in the new draft of the manoeuvre: in article 82 entitled “stable road and rail connection between Sicily and the continent” it states in particular that “in order to support the development programs and capital strengthening of the company, Rfi and Anas are authorised, in proportion to the shareholding, to subscribe to capital increases or various instruments, in any case suitable for capital strengthening, also in the form of shareholder financing for capital increases , up to a total amount not exceeding 50,000,000 euros”. The resources authorized by article 202, paragraph 1, of the legislative decree of 18 April 2016, n. 50, registered in the estimates of the Ministry of Infrastructure and Transport, “are transferred to the Società Rete Ferroviaria Italiana and to the Anas Company, in proportion to the relative shareholdings in the same company”.

MATERNITY LEAVE’ – Parental leave “for working mothers” is increased by one month “until the child’s sixth year of life, to the extent of 80 per cent of wages”, the law states. In the previous draft the content of the measure was not there.

PUBLIC TRANSPORT – The expenditure authorization for local public transport “is increased by 100 million euros for the year 2023 and by 100 million euros for the year 2024 in order to contribute to offsetting the reduction in fare revenues relating to passengers suffered , in the period from 1 January 2021 to 31 March 2022, and consequent to the limitations on the maximum capacity of vehicles used for public transport services imposed in relation to the health emergency from Covid-19”. This is what can be read in a new draft of the manoeuvre. These resources are distributed on the basis of the criteria established “taking into account, for the compensations relating to the year 2021, the contributions already assigned as an advance and ensuring a uniform percentage compensation to the subjects envisaged therein”.

RESTORATIVE JUSTICE FUND – The Fund for the financing of interventions in the field of restorative justice “is increased by 5 million euros per year starting from 2023”.

UKRAINIAN REFUGEES – The state of emergency, declared with the resolution of the Council of February 28, 2022, relating to the need to ensure relief and assistance, on the national territory, to the Ukrainian population as a result of the serious international crisis underway, “is extended to March 3, 2023 “, reads the draft. It is not excluded that the deadline could be extended further.

Until 3 March 2023 “the continuation of activities and national emergency measures of assistance and reception is authorised, on the basis of effective needs and within the limits of the financial resources available under current legislation” coordinated by the Civil Protection Department, by the delegate Commissioners and by the Presidents of the Autonomous Provinces of Trento and Bolzano. The flat-rate contribution for access to the services of the National Health Service to be recognized to the autonomous regions and provinces of Trento and Bolzano, reads the draft of the provision, “is increased, for the year 2023, by a maximum of a further 55,000 units , and, for the period 1 January – 3 March 2023 of a further 10,000 units, up to a limit of 100,000,000 euros”.

ISPRA POLE – “In order to allow the completion of the strategic activities of the Higher Institute for Environmental Protection and Research (Ispra), including those connected to the implementation of the Pnrr, it is authorized in favor of the Higher Institute for the Protection and Environmental Research the expenditure of 6 million euros for each of the years 2023 and 2024 “, what we read about the funding for the construction of the new laboratory center for Ispra.

JUDICIAL BUILDING – “In order to ensure the structural and plant adaptation of the buildings used as judicial offices, also with reference to the fire regulations, and to finance the interventions aimed at energy efficiency and the analysis of the seismic vulnerability of the aforementioned buildings, as well as for the the expansion and construction of new judicial citadels and archival poles throughout the country and for the acquisition of properties from state property, to be used for judicial offices, the expenditure of 100 million euros is authorized for the year 2023, 150 million euros for each of the years from 2024 to 2026, and 50 million euros for the year 2027”, i.e. a total of 600 million.