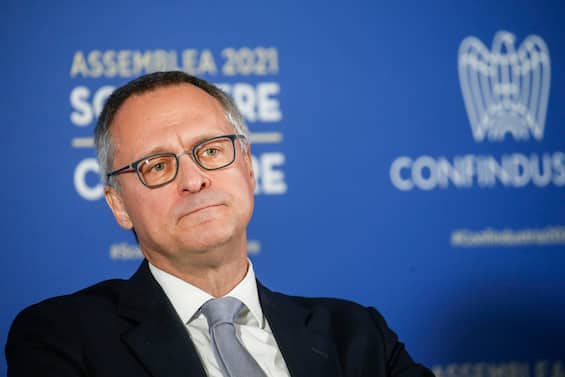 The day after Prime Minister Giorgia Meloni presented the budget law, the president of Confindustria attacked the measures launched by the government for next year: “Two thirds of the interventions are on expensive bills but what will happen from April?”. Then the criticisms on the taxman: “We need a structural reform, wedge cut not decisive”

Less than a day from the press conference with which Prime Minister Giorgia Meloni illustrated the details of the maneuver, here come the first criticisms of the programmatic budget prepared by the government for 2023. They are moved by Carlo Bonomi, who from the pages of The print accuses the executive of having written a law in time and without vision. “They have concentrated two thirds of the interventions on expensive energy, but only up to 31 March”, explains the president of Confindustria. That he warns: “What will happen next?”. Then the attack on taxes and the tax wedge.

“Today the budget law is prudent on balances and we appreciate it. But what awaits us from April 1st?” in particular “the lack of vision on the fight against poverty, employability and productivity”, while observing how it is “a good thing to have kept the bar straight on public finance”. But from his point of view, the real problems remain the prospective ones. “The reforms have been postponed by a year, from basic income to pensions. And if there aren’t the resources, the postponement will become a don’t do,” he warns.

As regards taxes, Bonomi underlines that no truly decisive intervention has been implemented on the wedge. “A true tax reform must be organic, it must include Irap, Ires and Irpef, the abolished Patent box, the tax regulation of business assets. In Italy, on the other hand, interventions are only and always on the sidelines of existing taxes”, explains the president of Confindustria, which continues by attacking the incremental flat tax: “It doesn’t exist, there are flat-rate schemes inspired by the need to respond to constitution electoral. If you reduce taxes on the self-employed, the employee who gets the same pay pays three times as much.”

To Matteo Salvini, who had hoped for investments in Italy by “geniuses like Elon Musk”, Bonomi replies: “I am in favor, even if not on Musk, because someone who fires thousands of workers by e-mail is not the investor who we would like to”. With respect to the risk of more acute social conflicts, “we must provide answers to people’s anxieties by creating jobs. In recent years we have doubled social spending and doubled the poor. This means that social policies are not working”.