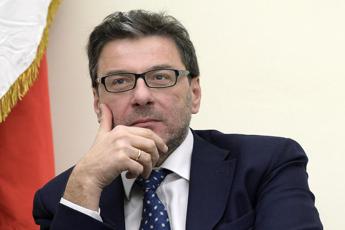 The Minister of the Economy: “Approval in due time. Many controversies, a typical non-linear and rational ritual”

”Compared to the already complicated and delicate scenario that we inherited from the pandemic, compared to that picture, there are two other emergencies that have somehow manifested themselves” which are energy and inflation. Thus the Minister of Economy, Giancarlo Giorgetti at the Coldiretti assembly, speaking of the 2023 maneuver. ”The first is that of energy which reached incredible peaks last year and remains the challenge to be solved”, explained the minister. The other is a challenge ”that we knew in the past decades and had somehow forgotten and which on the one hand is called inflation, which is an ugly beast, which had left the vocabulary, and the increase in interest rates” .

The current situation therefore implies ”a caution and attention on the state budget that must be maximum”, he added. ”The Minister of Economy – he explained – certainly has the task of paying attention to the legitimate requests that arrive, but measuring it carefully with respect to the fact that we have customers, who are called savers, who compare debt and who must continue to buy it, otherwise the budget can be written but then you can’t even pay what is written there”.

In each, the approval of the maneuver will arrive “in due time”, assured Giorgetti after the night marathon which ended this morning at dawn with which the Budget Commission gave the first go-ahead to the Budget Law. “I trust in Parliament’s vote. Mission accomplished,” he added.

”I’ve seen a lot of controversy these days, but I’m old enough in the work of the Budget Committee to say that a ritual has been repeated, which is not rational and linear but typical, with which the budget is approved in this country”, he said the Minister of Economy.

The government is aware that measures to mitigate energy costs could be renewed, he said again. “We are aware, we have said it and I repeat it, that probably in two months we will still be grappling with some measures to take if the situation is not resolved, as I fear, in the very short term”, added Giorgetti. “As the previous governments did, the situation will have to be continuously and constantly updated to give this type of response”, he then underlined, noting that “probably every two or three months we will have to adjust the shot, because this requires the situation”.