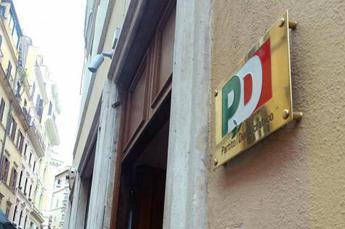 The Dems: “Our 360-degree initiative, M5S focuses only on Citizenship Income. For now, two distinct events”

Pd in ​​the streets on December 17 against “an improvised and unfair maneuver”, writes Enrico Letta on Twitter. Even Giuseppe Conte yesterday, very hard on the cut in the basic income, announced that the 5 Stars are ready to take to the streets. Two separate demonstrations by the opposition, so? For now it seems so. As far as is explained from the Nazarene to Adnkronos, at the moment no contacts are in progress to unite the two fronts. Indeed, it is specified that the spirit of the two initiatives (Conte’s is currently only announced) does not coincide.


“Our demonstration on the 17th – it is explained – already announced on Saturday at the national assembly, is the conclusion of a three-day all-round mobilization on many issues. It has nothing to do with that of With you which, according to what he said, focuses only on basic income“. However, this is the conclusion of the dem upper floors, “as always all the demonstrations are open but it seems that Conte and Calenda are more concentrated on attacking the Democratic Party than the government …”.

The leader of Action once again teased the dem today. “Enrico, demonstrating against the maneuver without proposing an alternative -he writes on Twitter- is exactly the opposition that the right wishes to have. We will send you the detailed document on the proposals for a more equitable and just counter-maneuver. Let’s work together” . The reply from the Democratic Party comes with a document: a counter-maneuver elaborated by the dem in which, alongside the criticism of the Meloni maneuver, a package of proposals is added.

Two the main criticisms of the maneuver of the government: the fact that it is “inadequate to deal with inflation and recession” and “unfair”. For a number of reasons, including the “indiscriminate” cut of basic income: “Cash is made on the poorindiscriminately removing basic income (there is a risk that it will be removed overnight from 660,000 people) without any real reform of this instrument”. Therefore, a package of proposals concentrated on three strands – energy and the environment, income and Jobs, Investment and Growth – which also includes the minimum wage.

A document that will also be the basis of the Pd mobilization in December until the final demonstration in which the dem secretary candidate, Stefano, also takes sides Bonaccini: the one presented today by the government “is an insufficient, wrong and unfair budget law” and therefore “it’s good that the Democratic Party immediately presents a counter-maneuver and that people take to the streets on December 17″. it does nothing for business and work. It affects poor people and does nothing to combat the causes of poverty. Unfortunately, people’s lives will be harder. We must unite Italy against this massacre”.

While Andrew Orlando Secretary Letta ‘resumes’ when he writes on social media that Meloni’s is an “improvised” maneuver. The ex-minister writes: “The Meloni government maneuver is not an improvised maneuver. It is a maneuver that fully expresses an idea of ​​society. Women deserve greater protection if they are mothers and according to the number of children. The employee must pay more taxes than other workers. The State shows leniency with those who evade, but not with those who are poor. If he is poor, it is his fault. Period. It is not an improvised maneuver. It is a lucidly reactionary maneuver and, I repeat, classy”.