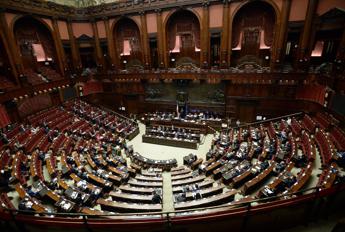 The amendment allocates 450 million euros. But the government does not seem worried: according to sources consulted, in fact, a correction will be made if necessary

The 2023 maneuver must return to the Commission. Indeed approved a amendment which allocates 450 million to municipalities without financial coverage: this is the change requested by the Pd, approved last night in the Budget Commission of the Chamber, which imposes a new passage to the Commission on the budget bill. To be refinanced with an endowment of 450 million for 2023, the fund for the reduction of any deficit recorded by local authorities following the application of the legislative discipline on the accounting of the cash advance fund, as stated in the amendment to signature of Gnassi. The return to the Commission does not seem to worry the government. According to sources consulted, in fact, if necessary a correction will be made; it would be a mere formal intervention that requires a short time. Opposition parliamentary sources also report to Adnkronos that there is still no convocation of the Budget Commission. However, the process could provide for the text to arrive in the classroom and for the discussion to start. In the meantime, the opinion of the State General Accounting Office would arrive and the commission could quickly reconvene to decide on the removal of the measure.