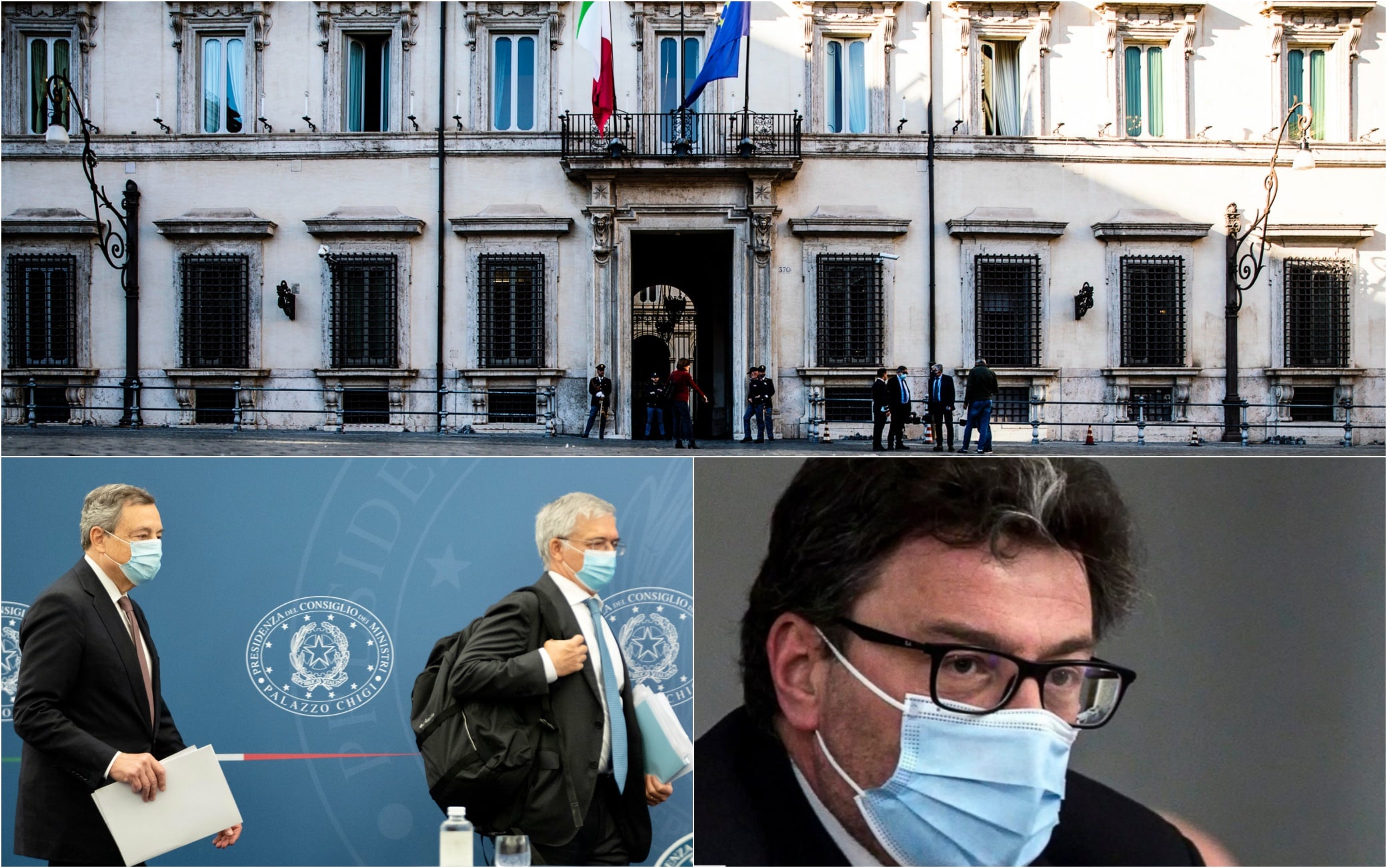 The 2022 maneuver is being finalized, even if, to see all the details, we will have to wait for its launch on the CDM. For now, the Dpb sent to Brussels has been finalized. Tensions on the pension issue, with the Carroccio expressing its “political reserve” on the Quota 102 option in 2022 and Quota 104 in 2023. Giorgetti: “No decision has been taken. Excluding a return to Fornero”. CGIL: “Government proposals unacceptable”. Tensions also on the Superbonus

From the cut in taxes on work, to interventions to stem the expensive bills. From the measures to avoid the return to the Fornero law on pensions, to the reconfirmation of bonuses for renovating the house. These are the main themes of the 2022 maneuver, even if, to see all the details, we will have to wait for its launch in the Council of Ministers in the coming days. For now, the CDM has finalized the Draft Budgetary Document (Dpb), which has been sent to Brussels. But there is a tug-of-war on the issue of pensions, with the Lega expressing its “political reserve” on the Quota 102 option in 2022 and Quota 104 in 2023. CGIL criticizes: “The proposals that are coming forward, if confirmed by the documents that are not yet available to us, they are unacceptable “, comments the national secretary with responsibility for social security policies, Roberto Ghiselli. Meanwhile, in the table of the Dpb, for the “flexibility of the pension system” 601 million in 2022, 451 million in 2023, 507 million in 2024 are expected. a gradual and balanced transition towards the ordinary regime “.

Giorgetti: “No choice about pensions”. Salvini: “No to Fornero”

“There are several hypotheses at stake on pensions, but no decision on the 100 quota has been taken, as requested by the ministers of the League. In the coming days, the methods and timing of changes to the pension system will be decided. I exclude any return to the Fornero law”, Minister Giancarlo Giorgetti said at the end of the Cdm yesterday, October 19. “Work in progress on citizenship income and pensions, the League is committed to protecting precocious workers and those of small and medium-sized businesses in the trade and crafts ”, Matteo Salvini added. “In addition, there is satisfaction for the 7 billion tax cuts and for the defense of the pension system: no return to Fornero.” Palazzo Chigi, after yesterday’s Cdm, has for now limited itself to explaining in a note that “interventions are planned in the field of pensions, to ensure a gradual and balanced transition towards the ordinary regime”.

Pensions are a very sensitive point for the Lega, which wants to mitigate the impact of the end of Quota 100 and avoid an abrupt return to Fornero. The maneuver could be introduced in 2022 ‘Quota 102’, that is a mechanism that would allow you to retire with 64 years of age and 38 of contributions (just under 50 thousand people would be included), and in 2023 ‘Quota 104’. This would make it possible to soften the Fornero staircase, which would force us to wait for the 67 years to say goodbye to work.

But the hypotheses in the field do not like the CGIL. “The hypothesis of quota 102 or 104 would be a real joke, because no worker and no female worker could basically access that measure”, declared Ghiselli (CGIL), speaking in Bari at the meeting “Pensions and social security system. The reform we want “. “We need a real pension reform, we don’t just want to exceed 100 – he explains – and therefore we ask the Government to change direction, to make a proposal that meets the demands of the trade union as well, which interprets a strong concern in the world of work on these issues “.

Tensions also on the Superbonus

The discussion has also turned on the Superbonus and building bonuses in general: it seems destined to skip the facade bonus, while limitations could be introduced for the 110% bonus, as for condominiums. The Democratic Party asks that the measures remain unchanged also for 2023 and also include detached houses and single-family buildings. “The facade bonus is a measure that is working. It makes businesses work and makes villages and cities more beautiful, from historic centers to the suburbs. The 90% incentive is justified precisely because the facades, despite being privately owned, they are in fact public goods that make Italian streets and squares more beautiful or more degraded “, says the Minister of Culture Franceschini on the sidelines of an event at the ministry. “On single-family houses both for the whole of 2022”, asks Patuanelli for the M5s. In the Dpb, the extension “of bonuses for building renovations, energy requalification, furniture, earthquake, green areas” is confirmed. The additional allocation is minimal, less than 40 million, in 2022 (these are tax credits), while in 2023 there are around 500 million which rise to two and a half billion in 2024.

The other points of the maneuver

Citizenship income, a measure dear to the M5s, should be refinanced in 2022 with 8.8 billion, of which approximately 800 million additional: the coverage covers the entire beneficiary audience already this year, but new more stringent criteria and more controls incisors – as well as a decalage mechanism after the first job offer – should be introduced into the maneuver. A little more than 4 billion should then go to healthcare. Funds are expected for school and university, the cut in VAT on sanitary towels, the stabilization of leave for fathers and the TV bonus.