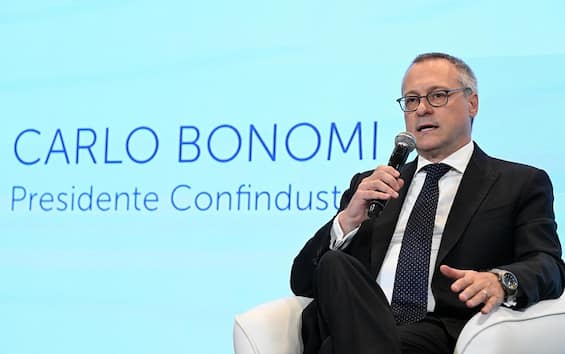 The president of Confindustria at the end of the assembly in Fermo: “The budget law lacks attention to work and the country’s growth”

“The budget law lacks attention to work and the growth of the country”. So the president of Confindustria Carlo Bonomi, closing the work of the public assembly of Confindustria Fermo. “A shock intervention was needed on the tax wedge, putting more money into the pockets of low-income Italians,” he added. “Confindustria’s proposal was a cut of 16 billion euros with the reconfiguration of 4-5% of public spending,” he underlined. The cut “had to go 2/3 in favor of workers and 1/3 in favor of businesses, Italians with incomes of less than 35,000 euros could get a monthly salary of more than 1,200 euros”.

“It is not true that early retirement creates jobs”, explained the president of Confindustria, launching an appeal to politics and the government: “Put us in a position to create jobs”. He did so by quoting the words of Pope Francis – “The best form of distributing wealth is to create jobs” – underlining that “instead we have measures that have nothing to do with work and with the growth of the country”.