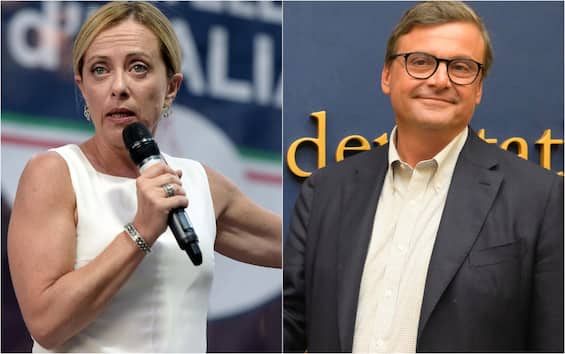 “Meeting the government is important. Politics is not a perennial war between enemies but a confrontation between adversaries in the interest of the country”, wrote the leader of Azione on Twitter, after the prime minister accepted the meeting proposal to discuss the economic maneuver

The Prime Minister, Giorgia Meloni, will meet the leader of Action, Carlo Calenda next week. “We are asking Meloni for a meeting”, Calenda said yesterday, speaking of an “extremely incomplete maneuver” and adding that the premier is new “in the role and” I think she should be helped, not just challenged. We are available”. Today the leader of Action made it known that the meeting, accepted by Meloni, will take place. The economic maneuver, which sees 35 billion allocated, was launched on November 21 (ALL MEASURES).

“Meeting the Government on the maneuver is important. The opposition is not always done by going to the square but by proposing alternatives. And politics is not a perennial war between enemies but a confrontation between opponents in the interest of the country. I thank Giorgia Meloni for her availability “, wrote the leader of Azione Carlo Calenda on Twitter today, in view of the meeting with the premier. “There are no obscure plots or promises of ‘crutches’, but the normal dialogue that takes place in all mature countries between the majority and the opposition which remain so. We try to normalize Italian politics and link it to content; no more infinite ideological conflict”, he writes calendar.