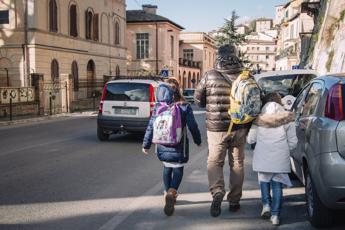 The measures envisaged in the Budget Maneuver signed by Giorgia Meloni “are all small welfare actions that largely existed. The names have been changed and the money moved. But the sum total is that welfare is reduced in Italy. A merit has a small reduction in the tax wedge, even if nothing has been done in terms of reducing working hours and the minimum wage; and the birth rate, where the government, despite not having much money available, has attempted to put the maximum possible”. Thus Domenico De Masi, professor emeritus of Sociology at the University of Rome La Sapienza, questioned by Adnkronos predicts: “Birth rate policies won’t work. Young people don’t have children on the basis of a subsidy. The refusal is due to the fact that children contrast with the quality of life”.


According to the sociologist, “on the birth rate front, the effort has been greater than before because the policy on the birth rate is the line of the right. The alternative is the reception of immigrants, who from their point of view would pollute our race. In 10 years we will have two million less Italians. But the planet will be populated by 1 billion more people. On the left – he continues – this is a fact that does not create problems because it is welcomed from the third world. On the right it is a tragedy because the Italians are wanted to be safeguarded. But the Italians believe that one child is enough and left over for the happiness of the family”. What advice would you give to the Prime Minister? “To have more children, you need the poor, not the rich. Wealthy peoples with many children have never seen each other. In the very poor south they made a lot of them. In order to have demographic equity, the world must welcome”, replies De Masi.

“I believe that the whole world is made up of brothers, Meloni believes that only Italians are brothers because right and left want different things. I was not taken aback by Meloni – concludes the sociologist – I am a leftist who studies right for many years. And I can say that there are no unforeseen events. In fact, I am not surprised by the right that makes right-wing policies, but I expect that if the left goes into government it does left-wing not right-wing things, as it did with privatizations “. (by Roberta Lanzara)