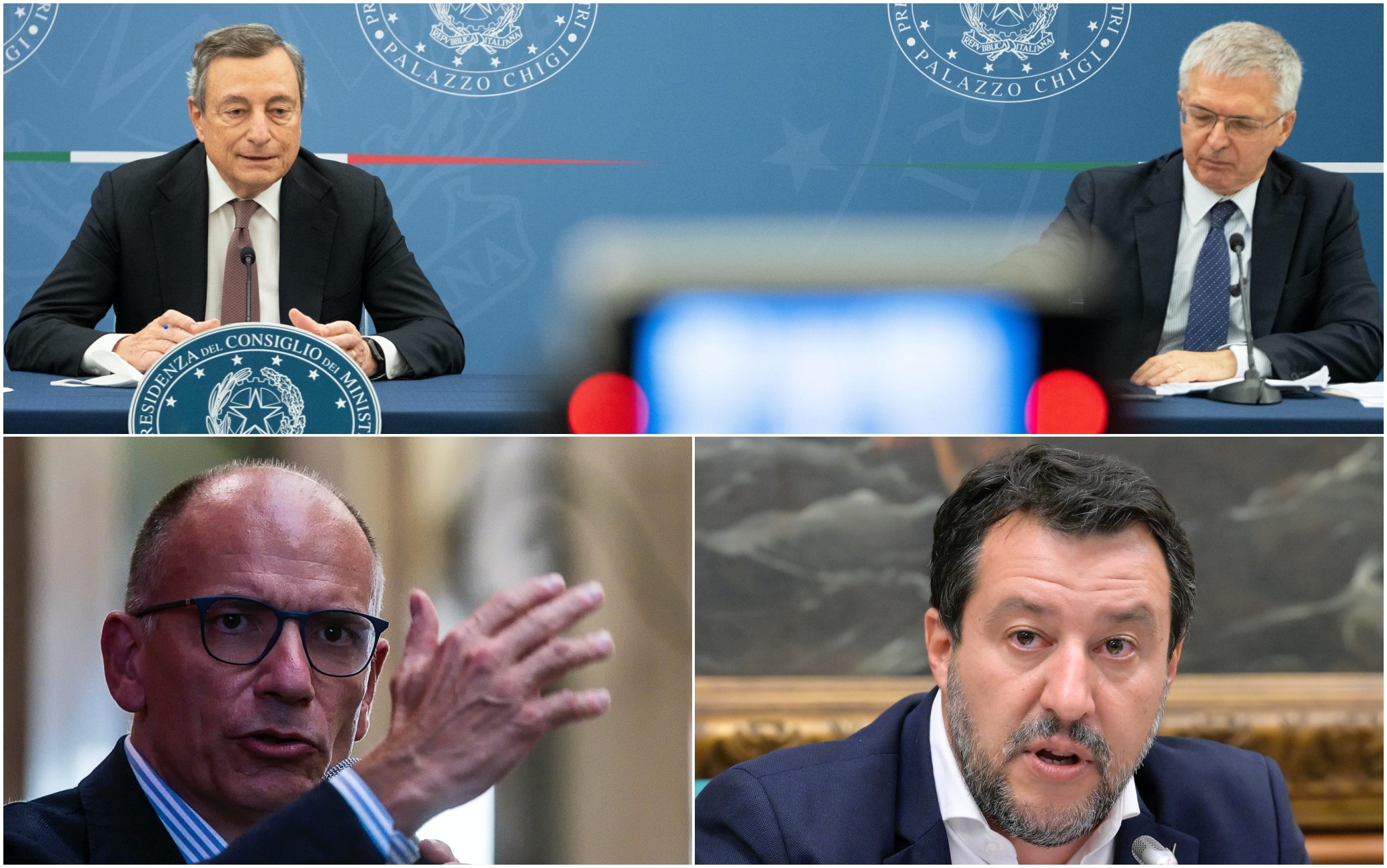 Salvini’s proposal to apply Quota 102 for two years was rejected by the executive. Letta calls for a flexible mechanism, especially for heavy jobs and women. The government is looking for a solution that makes everyone agree on other issues as well, but which above all takes into account the available funds. Thursday could be the day of the approval of the budget law

Not only the diversity of views between the League and the Democratic Party on the subject of pensions, but above all the need to make ends meet. The executive’s race to approve the maneuver remains fraught with obstacles. After the approval of the Dpb, the program document sent to Brussels, which fixed the plant within which to move, now the government must undo the last knots to reach the budget law. The green light could come on Thursday 28, before Prime Minister Draghi focuses on the commitment of the G20 in Rome.

How to overcome Quota 100

First of all, Quota 100 must be overcome. The executive rejected Matteo Salvini’s proposal to apply Quota 102 for two years, because it would create a staircase. A mechanism is being worked on with a fixed exit age of 64 until 2024 and increasing contributions. The League in particular tried to insist on the 102 Quota mechanism for 2022 and 2023, but from the executive they would have reiterated the “No” to the proposal, which had already been rejected in the CDM on the Dpb last week, during which Franco had proposed Quota 102 in 2022 and Quota 104 in 2023. Now the government would open to the possibility of keeping the exit age at 64 for three years and gradually increasing contributions (38 years in 2022, 39 in 2023, 40 in 2024). é Enrico Letta is opposed to the quota system and asks to intervene with a flexible mechanism, in particular for heavy jobs and women. To consider there is not only the disagreement between the League and the Democratic Party, but also the opinion of the trade unions, which have already rejected the government’s proposal on pensions. A new table with the confederal acronyms and a meeting of the control room should precede the arrival of the maneuver in the CDM.

How citizenship income could change

Pensions and more. Another important chapter of the budget law is citizenship income. In the Dpb (Draft Budgetary Document) sent to Brussels, there is talk of the refinancing of the subsidy, with an additional 1 billion fund for 2022. The “treasury” of this measure will total approximately 8.8 billion euros, but the cost could rise because the number of beneficiaries continued to rise despite the rebound of the economy and the creation of over 500,000 jobs. The analysis of the numbers, but also the news reports suggest that there are many frauds on the citizen’s income, especially through illegal work. Today, beneficiaries no longer receive the subsidy only if they reject three job offers from their employment center, but this is unlikely to happen. “Hence the idea – writes the Corriere – that those who benefit from the income would lose a part of it already at the first refusal of a job offer or, more likely, starting from the second refusal. These two interventions should save at least 700 million compared to the feared 1.5 billion increase in the cost of Citizenship Income next year. ” In addition, controls will almost certainly be tightened to avoid that the benefit is destined only to those who are really entitled to it.

The resource node and the bonus chapter

But the main node remains that of resources, because to increase (we are talking about a billion) the funds of the maneuver, it is necessary to find them or take them away elsewhere. The chapter of the tax cut is also still to be defined, so thorny that the decision could be postponed to the parliamentary procedure of the maneuver: Draghi and Franco would like to allocate the 8 billion available to cut the wedge for workers, but the center-right and companies insist on cancel or at least reduce the IRAP. Another battle is announced on the bonus chapter. Because the extension of the 110% incentive to 2023 not only for condominiums but also for villas, as all parties are asking, would have too high costs, according to government estimates. It is not excluded that in the end an extension of a few months will be granted – from June to December 2022 – also for single-family homes, but the perplexities of the executive remain, given that the measure in the long term is unsustainable and the recovery of the economy makes it less essential to push the construction industry. The Democratic Party, with Minister Dario Franceschini, also insists on the facades bonus, already rejected in the Council of Ministers by Draghi, even with a reduction in the percentage from 90% to 70%. Without forgetting the M5s leader Giuseppe Conte, who is pressing for an extension (not foreseen to date) of ‘his’ cashback.