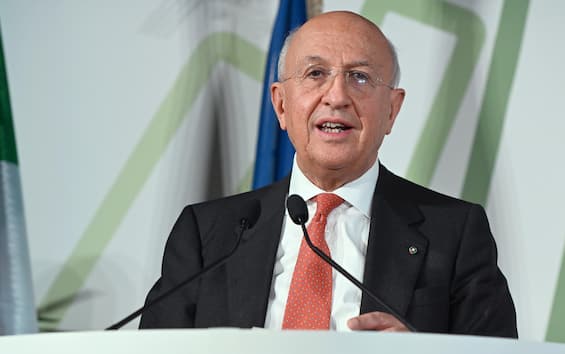 The danger “not to be underestimated” is that market speculation could take off, warns the president of the Italian banking association. And he adds: “Today 2023 is to be seen as an uphill battle: the war is not over and therefore, consequently, many problems are unresolved”

The president of ABI, Antonio Patuelli, warns about the risks that the provisional exercise of the state budget brings with it. “The hope – he said during a seminar of the Italian Banking Association in Florence – is that there is an overall institutional awareness to avoid” the provisional exercise” of the state budget and that the “Parliament works on holidays and at night” but “time is limited” and there is the risk “not to be underestimated” that speculation on the markets could start. Times are tight: “For the first time, the vote was taken in autumn and not in spring” and setting up the Parliament and the Government “is a significant operation” and now “the Decree quater will intersect with the budget law” in Parliament.

“I am very worried about the near future. There are many reasons, it would be enough to look at the data on industrial production in recent times in the Euro area” the president of the ABI also declared. “In the third quarter we had an explosion of various events which led us to the summer more brilliant not only for the sun but for the economic data that we remembered – added Patuelli – There has been a strong recovery in tourism, in all its phases, summer, sea, mountains, countryside and cities of art. We had a positive 2021, defined as a big ‘rebound’ or a somewhat more limited recovery than what the recession had been. In 2022 the economic factors continued, even if in the first half of the year the increasingly evident effects of the growth in the cost of energy and the Russia-Ukraine war and the explosion of raw materials were shown. Italian entrepreneurs have worked miracles on them and have differentiated suppliers”. “Summer 2022 in terms of climate and tourism has covered and partially hidden the first negative data on industrial production which is starting to beat the pace – continued Patuelli – We have not forecasts but reasoning that leads us to say that the end of the year will be less positive than the initial phase, and that 2023 today is to be seen as an uphill battle: the war is not over and therefore, consequently, many problems are unresolved” .

Patuelli finally recalled that “the banks do not see and do not suffer the consequences of the critical situations in the economic sectors in real time”, “since today we have had a reduction in industrial production for several months, the effects will be seen in a few months. We are confident that in Budget Law there are all the anti-cyclical measures that are necessary”.