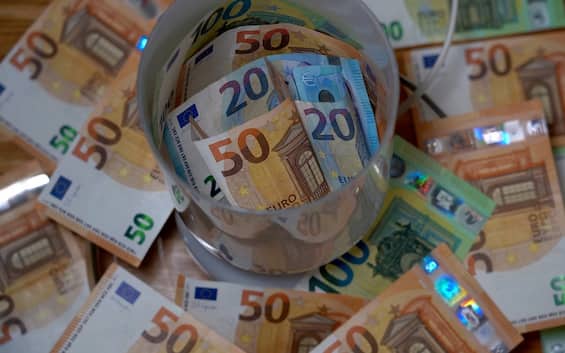 The budget law should be examined by the Council of Ministers on Monday. Most of the money to counter the expensive energy. Not much remains for the other measures, from pensions to the flat tax through the cut in the tax wedge. On the table a close on the citizen’s income and the revision of the Superbonus. The change to the use of cash is omitted from the Aid Quater decree

The hunt for resources continues. The biggest part of the next maneuver will be used to counter the increase in bills: 21 billion in deficit to ease the price increases on households and businesses. But more money is needed to get some center-right warhorses started.

The range of hypotheses includes unspent European funds (5-7 billion) and the raising (from 25 to 33 percent) of the tax on extra profits on energy companies, but there are no estimates on how much it would yield. Even the new amnesty on bills (cancellation of those up to one thousand euros and a 50 percent discount for those up to three thousand) could bring lifeblood but, historically, with these operations less money is collected than expected.

Flat tax only for self-employed workers

The budget law could therefore exceed 30 billion and the menu of measures includes flat taxes and pensions. For the first, there are plans to raise the 15 percent tax for VAT numbers from 65,000 to 85,000 euros in revenues, excluding employees, for whom there should be an extension of the cut in the tax wedge (3.5 billion) and the detaxation of company premiums.

To avoid, then, that from January it will take 67 years to leave the job, we are moving towards the possibility of leaving with 41 years of contributions and 61-62 of age; the expected expenditure is 700 million, which rises to one billion with the renewal of Option Donna and Ape Sociale. The tightening of Citizenship Income could bring money to social security.

Meanwhile, the revision of the building Superbonus is being discussed, which from January will drop from 110 to 90 percent, but villas will also be able to take advantage of it. There is room for the idea of ​​being able to dilute the discount on invoices or the credit to be transferred over ten years, instead of four, with the aim of unblocking the practices and lightening the burden on public finances.

The news on the Superbonus is foreseen in the Aiuti Quater decree (still not definitive), from which in the meantime the raising of the ceiling on the use of cash from 2 thousand to 5 thousand euros has disappeared. The measure, assures the League, will be included in the maneuver (it will therefore be valid from January) and has been removed from the decree because it does not have the urgent nature required by this type of legislative provision.