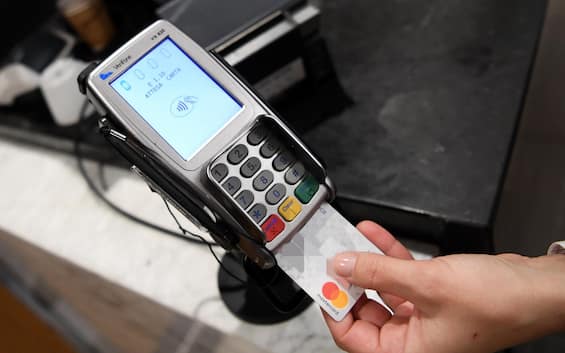 The General Accounting Office has given the go-ahead and the Quirinal has signed it: the budget bill is ready to be examined by Parliament, which must approve it by the end of December. The EU will evaluate the measure that cancels the fines for those who refuse electronic payments of up to 60 euros. This is not the only knot to untie

The stop to the obligation to accept electronic payments of up to 60 euros remains in operation after the go-ahead from the State General Accounting Office. The budget law is now ready to be discussed in Parliament where it will be subject to modifications and some knots will have to be resolved. Starting right from the Pos, on which Palazzo Chigi had said that talks are underway with Europe, which in the meantime makes it known that it will express an evaluation.

Electronic payments, the game with Europe

In the past, Brussels told us to encourage the use of cards and debit cards to reduce tax evasion, for which we are among the first on the continent. In recent times, our country had met this recommendation and since last summer a fine has been foreseen for those who refuse the digital currency, thus respecting one of the commitments made to obtain the community funds of the National Recovery Plan.

The ceiling on the use of cash also falls within this sphere: in the past, Europe has also called for a lower threshold on this issue, so much so that in January it was expected to drop from 2,000 to 1,000 euros. With the maneuver, the Meloni government raises the limit to 5 thousand euros: there is no European standard that sets a quota, as for the Pos.

Flat tax, the derogation is awaited

Palazzo Chigi does not seem to want clashes, also because the community green light is necessary for other interventions. To lower VAT taxes, raising the flat tax (15%) from 65,000 to 85,000 euros in revenues, it is necessary for Brussels to authorize: there shouldn’t be major problems because there is an EU directive in this sense, which however will enter effective in 2025.

Another issue is that of the tax on the extra profits of energy companies, which increases to 50% of profits (for collections estimated at 2.5 billion) and is expected to affect 7,000 companies that produce, import or sell electricity, gas and petroleum products. The heavy tax, as formulated up to now, would lend itself to appeals because it would go beyond the limits of the European regulation.