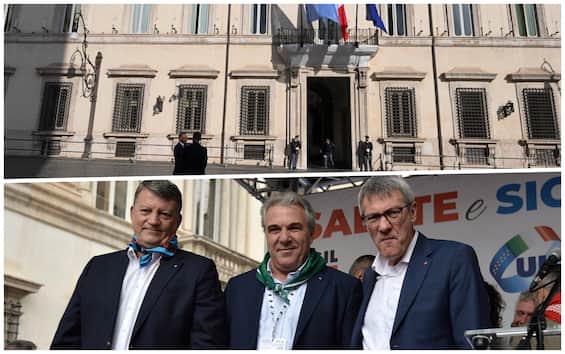 The acronyms met separately to evaluate the budget law and decide how to move. On 7 December they were summoned to Palazzo Chigi by Prime Minister Meloni. At the moment, the CGIL and UIL are preparing to mobilize to ask to modify the text, judged “wrong” and unfair, starting from the pensions front. The CISL is more cautious: it says no to the strike and aims for dialogue with the executive to improve the measures

The maneuver of the Meloni government divides the unions. The reactions to the text of the budget law have split the acronyms: CGIL and UIL are preparing to mobilize, without exception, to ask to modify the maneuver, judged “wrong” and unfair, starting from the pension front. The CISL, which instead expresses an “articulated” judgment, says no to the strike and aims more at dialogue and confrontation with the government to “improve” the budget law. The confrontation has already been set at Palazzo Chigi by Prime Minister Giorgia Meloni, who has summoned the unions for Wednesday 7 December (MELONI GOVERNMENT: ALL UPDATES – THE SPECIAL).

What do trade unions do?

The unions bring together their bodies separately to evaluate the maneuver and decide how to go forward to support the requests to change it and the proposals put forward so far jointly in the platforms on labour, taxation and pensions. But the streets on the forms of pressing risk dividing again: already last year, CGIL and UIL took to the streets on December 16 with an 8-hour strike against the maneuver of the Draghi government; the CISL did not share it and decided to hold a demonstration on Saturday. Now the pattern should be repeated but there is no general strike on the table, nor at the moment a national demonstration. In fact, CGIL and UIL relaunch the need to start a mobilization process, evaluating all the tools. The most probable hypothesis for the unions led by Maurizio Landini and Pierpaolo Bombardieri is that of putting in place initiatives at a regional or territorial and category level, not excluding strikes.

When could the strikes be?

If we proceed with ‘local’ strikes or in the categories, the time window is narrow: between the need for at least 10 days’ notice and the deductible foreseen for the Christmas period, abstentions could be set for the week between 12 and 16 December. For the union led by Luigi Sbarra, ready in any case to promote initiatives and assemblies in the workplace and in the territories, the strike “under the given conditions would damage the workers and inflame social relations”. The wait is also for next Wednesday’s meeting at Palazzo Chigi and for the changes that Parliament could make to the text of the budget bill.

The issue of pensions

Above all, the pension chapter causes discussion. The unions, who were already asking for reform to overcome the Fornero law and more flexibility with the exit from 62 years or with 41 years of contributions regardless of age, do not like the tightening on the women’s option and the cut on the revaluation of pensions, starting with those over four times the minimum. In three years, the missed revaluations will amount to 17 billion, 3.5 billion in 2023, calculates the CGIL. Against the 15% flat tax for the self-employed, extended up to 85 thousand euros, because in their opinion it does not respond to the principles of fairness and progressiveness. And cutting the tax wedge by 2 points up to 35 thousand euros and 3 points up to 20 thousand euros is not enough: they are asking for it to be strengthened.