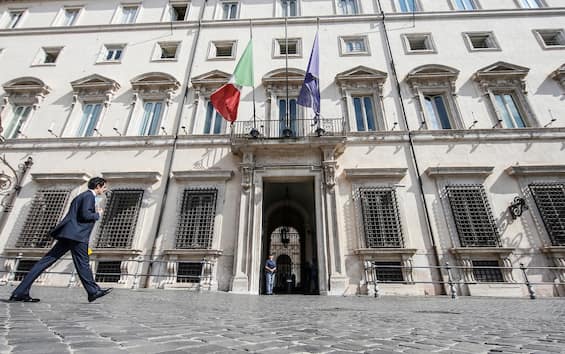 The search for resources for the budget law continues, which will be examined by the Council of Ministers on Monday. Among the latest hypotheses, that of a (non-criminal) amnesty for the return of capital abroad. Much of the money to counter the expensive energy. Among the other most probable measures, those on flat tax, pensions and basic income

To increase the resources available for the manoeuvre, the government would also focus on an amnesty of capital abroad, in practice those who have taken their money across the border will be able to report themselves in exchange for a discount. However, those who have stolen their wealth from the tax authorities by committing a criminal offense would be excluded. A few billion could come from this shield for those who intend to come to terms with the state, but the conditional is a must because it is not possible to know how many will decide to do so.

Possible also the revenue from the so-called tax truce for tax bills, which should cancel those up to one thousand euros and halve those up to 5 thousand (in addition to the cut of penalties and interest). The extent of the possible increase (from 25 to 33%) of the tax on the extra profits of energy companies is also uncertain and, in the range of hypotheses on the revenue front, there are also 5-7 billion of European funds not spent.

In short, finding all the money for the budget law, which travels over 30 billion, is not easy. And this conundrum greatly reduces the space to achieve what is hoped for, considering that 21 billion (in deficit) will be used to lighten the burden of expensive energy on families and businesses.

Among the most probable measures, the extension of the flat tax for the self-employed and VAT numbers, with the 15 percent tax raised from 65,000 to 85,000 euros in revenues. For employees, on the other hand, the extension of the tax wedge cut (to give more money in envelopes for those with incomes of up to 35 thousand euros) and reductions on company bonuses. The tightening of the Citizenship Income (with the idea that the entire subsidy is only for 18 months and for a maximum of three years) would save resources to be used for pensions, so as to be able to leave work with 41 years of contributions and 62 of age and to prevent the need for 67 from January. From next year also the raising of the ceiling for cash to 5 thousand euros, an intervention that has disappeared from the last Aid decree but which will be in the maneuver.