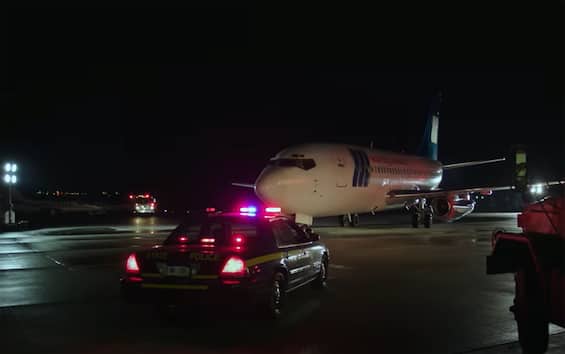 Last season for Manifestthe series of records that will close its doors at the end of the fourth chapter. Netflix in the last few hours it has released the teaser trailer of the season which will start simultaneously on November 4th and will consist of 20 episodes and which, precisely because it is an event, will be divided into two parts for the occasion. The start includes numerous cliffhangers, necessary to pick up the thread from where it left off the third season, distributed by NBC, which had canceled it from its schedules. It was Netflix who saved it, proposing the fourth season two years after the third. Initially, the streaming platform was willing to carry on the story for another three seasons, reaching up to the sixth, but to avoid exceeding and losing the event effect with the return, it was decided to condense everything into a single further season, which will bring to an end the story of the passengers of the flight 828.

In the Manifest trailer some of the key scenes of the new season are anticipated, useful details for fans of the first hour to understand how the story, at least in part, of flight 828, disappeared for 5 years and then suddenly returned without, however, its passengers showing the signs of the time that has passed. What for the passengers was a few hours of flight, actually took five years on the planet. Upon their landing, they find all their loved ones aged but, above all, frightened to see them again because they were convinced that they had died on that plane in a mysterious accident. Each of them, given the circumstances, has rebuilt a life but at that point the passengers want to go to the bottom to understand what lies behind the mystery of flight 828.

The mystery behind the series

“When you tune in to the next few episodes, it’s been two years and not only is Ben still deeply depressed and traumatized by the loss of his wife, but of course you will remember that that was only half the tragedy,” explains the creator of the series. Jeff Rake in Tudum. The final season will also delve into the mystery that brings the story of Flight 828 to life, but the creator points out that “the interconnectedness of all of us and how small actions can have implications that cascade across the globe. is the topic of the series ”.