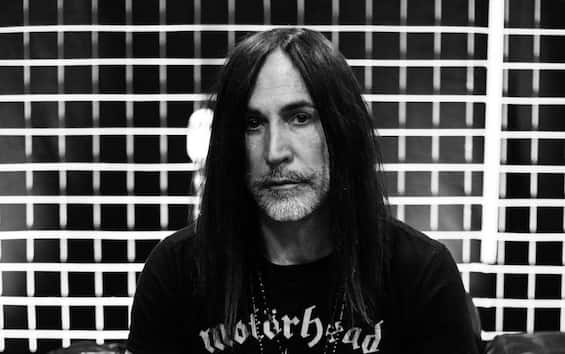 After trying 27 years ago to enter “inside Marilyn” in the ballad of the same name by Afterhours, Manuel Agnelli takes another step forward and tries to delve into himself. He does it through a work to be released on September 30th, a new album that represents the first solo work for an artist who has not yet tired of looking for new stimuli, not even once he is over fifty years old. The title of the album Love your neighbor as yourself it must not make us think of a self-congratulatory work: Agnelli talks about himself resisting the temptation to portray himself as a character or worse as a Don Quixote defender of good music, thus avoiding the same labels that others have long tried to attach to him.

Love your neighbor is a job born from the declared desire to savor a new creative freedom. It is not the classic solo debut born to demonstrate to the outside that one can also exist “beyond” the band. Manuel Agnelli does not seek legitimacy from anyone, he does not even believe that he needs it, more than anything else he seeks new paths and new, less castrating possibilities.

The former leader of Afterhours is not making his solo debut now because at this moment he feels more ready, he does not think he has arrived at his best possible version. He doesn’t even believe that as we age he evolves so much, to be honest. In an interview with the newspaper The arena he said: “As one gets older, one accepts so many parts of oneself that are mediocre, compromises that we refused when we were young. In reality, if we are lucky, we can live more in harmony with our surroundings, but it is only because we have adapted ”. A concept also made explicit in the record that ends with an eloquent “That we grow up is a beautiful lie / we lean a little on the fog around us”.

It is no coincidence that on the cover, where we see the singer appear for the first time in his career with his face, there are flames to hide him. It is as if he persevered a need not to let everything emerge, at least not too easily, even in such a personal album. “This record is almost a script, you have to savor all the nuances. Me first, ”he explained to him Rolling Stonehighlighting how to emerge from Love your neighbor however they are always “many Manels”, in a patchwork where Aznavour, experimental music and Diabolik meet. The album emerges as a multi-colored tapestry, even if it was born from an extremely minimal core.

Love your neighbor has as its starting point Agnelli’s first love, the piano and this is clear to the listener from the first track (A thousand years a thousand years ago). Then, without having yet clear what he would have done with those ideas, Manuel Agnelli began to enrich these compositional ideas. Since everything was born spontaneously, during the pandemic, the singer did not have a drummer or a real studio available, so he began to create the rhythm section starting from everyday objects found in the kitchen. At that point, the Milan-born artist realized that what was being born in an impromptu and non-projectual way could really evolve into a solo work, through which to search for a new freedom and avoid the risk of falling into routine. “Everything was interesting, when I listened to the pieces again after a few months and then when we could actually meet and reproduce everything, I liked the sounds. I said to myself I don’t see why I have to make someone else play them, this is exactly what I want “, explained in the interview with Sky TG24.

On the other hand, since he had composed pieces for the soundtrack of Diabolik, Agnelli was thinking of escaping at least temporarily from the cage of a successful band. Those songs born on commission are now part of a record where basically we always talk about love for ourselves and for others, in the most extensive way possible.

Love your neighbor brings out the portrait of an artist who has never chosen the most convenient way, sometimes making even surprising choices such as adventure on television. A mature man who now looks to the future with many new projects to be implemented and with the usual desire to get out of the comfort zone. The solo album will not be an impromptu experiment but also a return with Afterhours should not be excluded in the future. Even if any new work with the band is still subordinated to the need to say something in that form. We enjoy while we wait Love your neighbor as yourself, yet another new reincarnation of an artist who knows how to captivate his audience and is not afraid of losing it, even when he dares. It is no coincidence that the first words that open the disc are: “I fall to my feet, you know I will make a bow and you will laugh”.