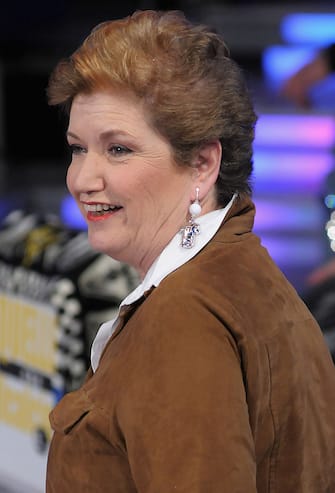 Mara Maionchi was born in Bologna on April 22, 1941 and together with Sandra Milo And Orietta Bertiis the protagonist of “Those Good Girls“, every Thursday on Sky and streaming on NOW. Tonight on the air with the penultimate episode

Those Good Girls, go to the special

Mara Maionchi revealed that she was “a terrible student, a colossal dunce, studying didn’t interest me at all. I read a lot more later. I survived – admits – because maybe I was nice “.

In the gallery we retrace the stages of his brilliant professional career. In 1966 he moved to Milan, and his career in the world of music and more precisely in the discography environment was born almost by chance.

Tonight Those Good Girls in a balloon over Granada (maybe …). The advances

Mara Maionchi then finds herself working as a secretary in the press office and then also holds the role of promotion manager at the Ariston Records label.

Game of Talents, the show with Borghese, Maionchi and Matano kicks off on Sky Uno. PHOTO

It is in this period that Mara meets the person she will later marry in the late seventies: Alberto Salerno, record artist and lyricist.

Mara Learn, the video interview of the episode with guest Dardust

In 1969 Mara Maionchi collaborated with Mogol and Lucio Battisti, working for their record company, Numero Uno.

About six years pass and the impetuous record company in 1975 arrives at Dischi Ricordi where he initially covers the role of editorial manager and finally of artistic director. Here emerges all his ability as a talent scout. He brings Gianna Nannini to the national stage and his collaborations confirm the success of big names such as Edoardo De Crescenzo, Umberto Tozzi, Mia Martini and Fabrizio De André.

Mara Impara, the video interview of the episode with Comacose

Years of success followed, Mango and Renzo Arbore were launched by Mara Maionchi. He also works for Fonit-Cetra, a record company in which he holds, in 1981, the role of artistic director.

Mara Learn, the video interview of the episode with rapper Ernia

With her husband Alberto Salerno, she then created her own label in 1983: Nisa. Mara is confirmed in the role of discoverer of talents: Tiziano Ferro is another of her successful creatures.

Mara Learn, the video interview of the episode with guest Ghemon

In 2006 Mara and her now inseparable companion, also assisted by the help of her two daughters Giulia and Camilla, founded another record company with an emblematic name; “I’m not old enough”. The independent label’s core business is the discovery and promotion of new talents.

Mara Maionchi and Frank Matano captains for Game of Talents, the show where the guessing game and the talent show come together

Beginning the adventure in the role of juror in the Italian edition of the television format of English origin “X Factor”, he becomes a real legend of X Factor

In July 2010, thanks to her glowing sympathy, Mara Maionchi, was hired by Aldo, Giovanni and Giacomo, to play the role of Aldo’s mother-in-law in the cast for their cine-panettone: “The gang of Santas”.

Maionchi on Sky TG24: “Vittoria Licitra is the result of teamwork”

His participations as a judge at X Factor have continued over the years – alternating also with the Xtra Factor program, in which he is a columnist – alongside with his experience numerous artist-judges, in the photo with Levante, Manuel Agnelli and Fedez

Mara Maionchi, Sandra Milo and Orietta Berti alias ‘Those Brave Girls’ are the protagonists of Thursday on Sky Uno. The program was born from an idea of ​​Mara Maionchi: “There are many programs with young, fresh and beautiful women and so I said to myself and us …?”

Mara Maionchi, Sandra Milo and Orietta Berti at the conference of Those Brave Girls