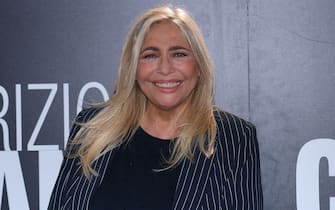 Mara Venier, real name Mara Povoleri, was born in Venice on 20 October 1950. Presenter, actress and model, she is one of the most loved television characters by the public

After being married to the Venetian model Francesco Ferracini, with whom she had her daughter Elisabetta, she enters into a relationship with the actor Pier Paolo Capponi from whom in 1975 she will give birth to Paolo Capponi, her second son

Mara Venier with Amadeus at the final evening of Sanremo 2020

In the second half of the 90s he starred in some fiction as The voice of the heart, The goal of the kingfisher And Return to fly

From 1998 she abandons the activity of actress, if not for some sporadic appearance, to concentrate only on that of presenter. On TV, she started with the Cantagiro (together with a semi-unknown Fiorello), then followed A roundabout overlooking the sea And Rush hour

Simona Ventura from Those who kick the X Factor at Last Stop. PHOTO

In 1993 she was chosen to support Luca Giurato in the 1993-1994 edition of Sunday in. She achieved great success and in the following season she became the show’s lead host. She remained at the helm of the Sunday container for three consecutive seasons

Barbara d’Urso, the most beautiful photos of the presenter

In 1997 he left Rai to join Mediaset and leads, among other programs, Woman under the stars And Hi Mara

Ilary Blasi, the photo story of the presenter

In the early 2000s he returned to Rai and joined Carlo Conti, Antonella Clerici and Ela Weber in the management of the 2001-2002 edition of Sunday in. The verbal brawl that took place between Adriano Pappalardo and Antonio Zequila during an episode of Sunday in in 2006 he made the Rai executives decide to remove Mara Venier from the program and replace her with Lorena Bianchetti

In 2013 he returned to Sunday in, but the year he decides to leave Rai and return to Mediaset. She thus becomes a juror of the Canale 5 talent show Tú sí que vales

In 2015 she was columnist of the tenth edition of The island of the famous on Canale 5 conducted by Alessia Marcuzzi. She continues to work at Mediaset, mostly as a columnist, until 2018

From the 2018-2019 season Mara Venier returns to Rai again, where she resumes running Sunday in. On 20 October he won the Golden Lion for Lifetime Achievement awarded to Sunday In by the mayor of Venice for his great contribution to Italian television

As for private life, after the relationship with Pier Paolo Capponi, in 1984 she married Jerry Calà, from whom she separated in 1985. She then had a long relationship with Renzo Arbore and a shorter one with the Italian-American actor Armand Assante . Since 28 June 2006 she has been married to the film producer Nicola Carraro